New Zealand
Back to Testimonials

"We're always looking for a better return on investment, and we're happy with the money we've spent on our T-Ls."

There are three primary differences that set the farming operation of James Wilkins off from all other users of T-L sprinkler systems:

First, although his home is in New Zealand, all seven of his T-L systems are sprinkling grass in another country, Australia.

Second, these T-L linear-move units aren’t watering the usual field crops. Instead, they’re ensuring dependable growth of both annual and perennial grass pastures for dairy cows grazing in an unconfined, no-grain oriented program. Approximately 750 cows freshen there in the spring and another 750 in the fall.

Third, the cows are all JerseyXFriesian crossbreds. The reason for this is, according to Wilkins, “That we’re breeding for high milk components, butterfat and protein, for which we’re paid. We’re not getting paid for liters.”

“It’s all about the grass,” he adds. “Having irrigation water in our operation is critical. It would be impossible to farm the way we do in northern Victoria without this supplemental water, especially considering the current drought in Australia.”

“That’s why the real payoff from our T-Ls is the peace of mind they provide. These machines run reliably and consistently. And, should one shut down, it’s always something quite minor that we can address easily.”

Pivot irrigation on the operation wasn’t always that simple, though. The first four units installed were electrically powered and six years ago were replaced with the present seven T-Ls due to reliability problems.

“We did’t want to be electricians, which is essentially what you need to be if you work on electric sprinkler machines, “Wilkins points out. “Safety is an issue, too. Electric machines have 480 volts running through them, requiring a registered electrician to perform repairs.”

On the other hand he notes that the only electric part on a T-L runs on 12 volts-making it more akin to an automobile electrical system.

According to Wilkins, the simplicity of the T-L design enables his employees to easily operate the systems and to quickly diagnose any of the problems that only rarely crop up.

In 42 unit years (seven T-Ls for six years) the one spare planetary gearbox that Wilkins bought ‘way back then and just in case” is still sitting in a shed.

“In addition to the simplicity of the machine and its drives, the thing that appeals to me is that the planetaries have a 10,000-hour warranty,” he comments.

“Nobody else offers a warranty like that. Our expense for both preventive maintenance and repairs is less than $1,000 for each unit annually.”

Wheel tracks can be an issue due to the farm’s clay soils but Wilkins has found that wheel tracks aren’t as much of a concern now as when he operated electrically powered systems.

“We’re always looking for a better return on investment,” he observes, “and we’re happy with the money we’ve spent on our T-Ls.”

“T-L linear-movement units have taken one part of our business, irrigation, and made it both easy and reliable,” Wilkins continues.

“As a result, we now spend less time involved in irrigating. This has allowed us to perform better in other parts of our business without being distracted by the irrigation equipment.” 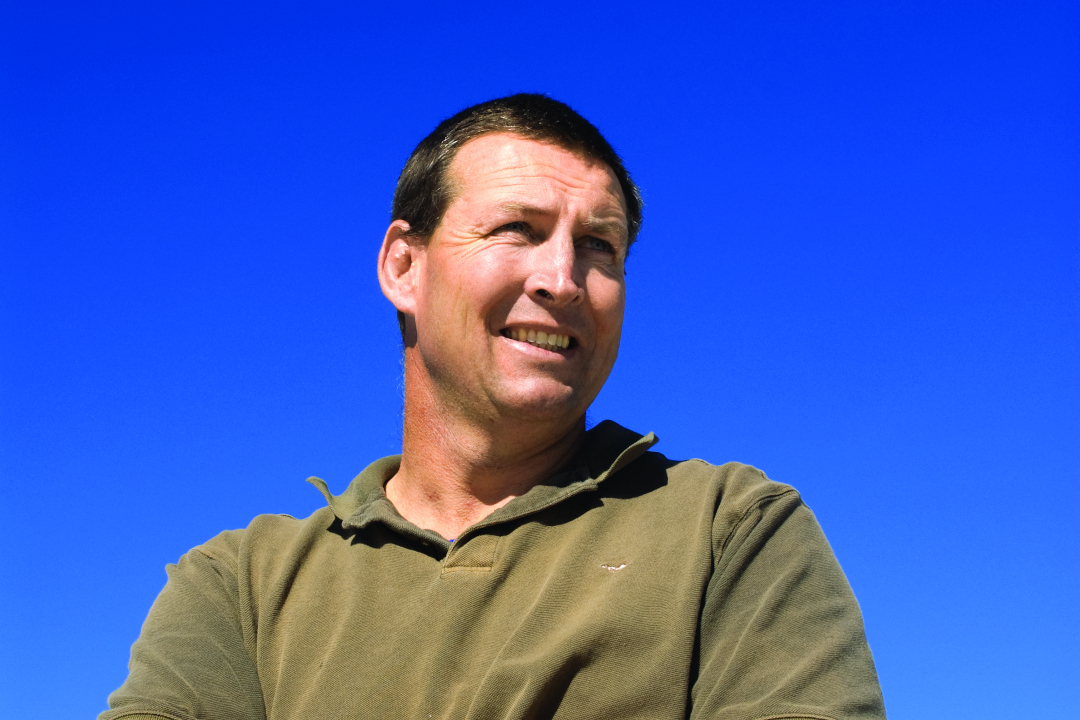