Brush, Colorado
Back to Testimonials

"I believe the T-L is designed with a great deal of thought. A T-L is a good machine, and not one just put on the market to be a money trap."

When a couple of his Brush, Colorado, neighbors commented that T-L center pivot sprinklers were sometimes a little more expensive than other brands and asked Pat Draegert about his decision to install a 1,763-foot-long T-L system, his answer was short, and simple, “I can’t afford not to run a T-L!”

His answer was based on his experience with his hydrostatic T-L and past familiarity with four electric center pivots he didn’t own, dating back to 1978.

Draegert farms 400 acres of corn that annually averages between 165 to 185 bushels an acre and alfalfa producing five tons an acre. He also runs a 300-cow commercial beef herd in addition to operating a custom hay business. He farms some of his land conventional-till and some minimum-till.

The reason he installed the T-L system was his need to spread out his work load while still getting his fields irrigated properly, all this while using less of his increasingly regulated water supply.

For example, the land he still flood irrigates has half-mile runs. It takes 18 to 20 hours to run a set, putting on close to six or seven inches of water. On the other hand, he points out, “With my T-L I can control application to as little as a half-inch per circle with much more uniform distribution.”

Before investing his bucks, he studied the various brands of center pivot systems available. Then he toured the T-L manufacturing plant in Hastings, Nebraska.

“I became convinced that T-L builds its center pivots with the user in mind–they’re user-friendly,” Draegert explains. “I believe the T-L is designed with a great deal of thought. A T-L is a good machine, and not one just put on the market to be a money trap.”

The feature he was most attracted by was the T-L center pivot’s continuous movement.

“I prefer the hydro static drive system with its continuous movement over the stop-start of an electric unit,” Draegert says. “I do like the water pattern a lot better than what I’ve seen on competitive brands of sprinklers.

“Also, in my real heavy soil, my T-L doesn’t dig into the ground and make as deep a track as do the wheels of a stop-start system. I think anyone using an electric will have more gearbox wear and problems due to all the stopping and starting, too.”

While making his buying decision, he visited with users of competitive machines and became convinced that a T-L would require far less maintenance. A satisfied T-L owner told him that he got 20-some years of service before he had any significant repairs to his system.

“I also like not having that high electrical voltage around when working on my T-L,” Draegert says. “If I climb a tower to adjust a nozzle or whatever, I don’t have to be worried about electrical problems or possible electrocution.

“Speaking of electricity,” he adds, “by installing a T-L I didn’t have to pay for an electric power line.”

Rather than fertilizing or side-dressing separate field operations, Draegert is applying fertilizer during the growing season via chemigation through his T-L system. The T-L also provides the option of applying an insecticide if the situation requires.

“I’ve had from ‘really good’ to ‘exceptional’ service from my T-L dealer, too,” he comments. “All in all, T-L makes a good machine.” 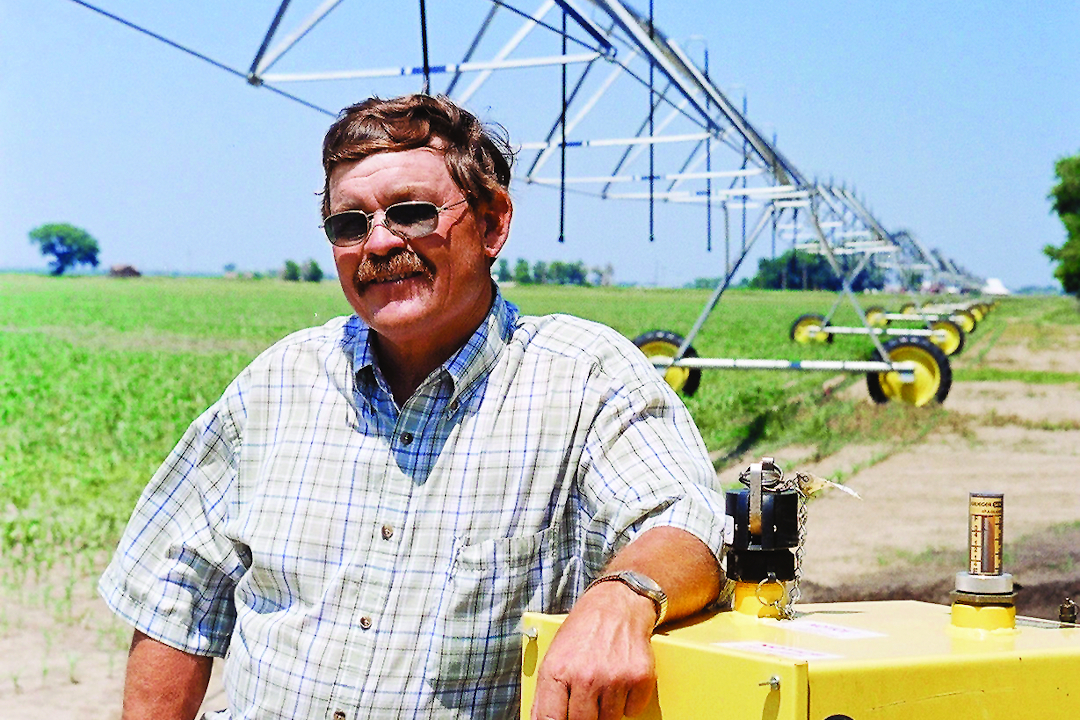