Water Levels Are Rebounding In Nebraska 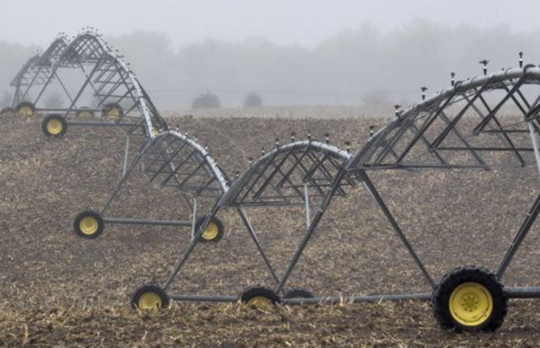 Groundwater levels in most, but not all, of Nebraska are on the rise after years of decline during the 2012 and 2013 drought, according to an annual report from the University of Nebraska-Lincoln.

On average, water levels throughout the state rose by just more than half a foot from spring 2014 to spring 2015, according to the Nebraska Statewide Groundwater-Level Monitoring Report released Friday.

Experts say higher-than-normal precipitation for much of Nebraska and better water-use practices are responsible for the uptick. More rain and snow means more water to recharge aquifers and farmers pumping out less water to irrigate their crops.

Researchers found that 64 percent of 4,973 monitoring wells measured for the report had a rise in water levels from spring 2014 to spring 2015; 35 percent showed a decline; and 1 percent showed no change.

On the other end of the spectrum, areas of Nebraska that saw declines in groundwater generally were caused by lower-than-normal precipitation, which prompted farmers to pump more water onto crops.

Wells in Dundy County in the southwest part of the state saw declines of 5 to 10 feet.

Southern Lincoln County wells measured a decline of 25 to 30 feet.