Fort Garland, Colorado
Back to Testimonials

"It's sure a lot safer to work on a hydraulic T-L than it is to work on an electrically powered sprinkler."

“Our experience with T-L maintenance and reliability has been incredible. I don’t think we’ve ever had to order any parts. They’ve been really efficient and effective.” That’s how Ty Ryland sums up his experience with his five T-L center pivots since the first one was installed six years ago.

As General Manager of the Forbes Trinchera Ranch at Fort Garland, Colorado, he has responsibility for 175,000 acres of deeded land in the San Luis Valley. This includes 3,500 acres of sandy loam ground irrigated from creek water. The ranch’s earliest water rights date back to 1891. Five hundred acres have been converted from flood to sprinkler irrigation. Two of the T-L’s are on native grass/alfalfa mix, two grew oats their first year before being seeded to alfalfa, and the other was always on alfalfa.

“Our T-L’s have allowed us to make the ground more productive than it was before. On flood-irrigated ground, we’re lucky if we can grow one to two tons of native hay an acre. With T-L’s, we can get up to five tons of alfalfa an acre,” he points out. “Now we have a crop that will generate some revenue.”

Ryland sees a lot of important advantages to using center pivot irrigation versus flood irrigation for the ranch and growing profitable alfalfa. “We can keep the ground wet and cover it a lot quicker thanks to better water utilization,” he says.

“In a 48 hour period, a T-L can put on an inch to an inch and a half of water, and as soon as the medium size square bales are off the field, we can be watering again right away. With flood irrigation, that water would be in that field for four or five days, which could prevent us from getting into that field again.”

Ryland or one other man can run his five T-L’s by himself. Handling the same amount of land with flood irrigation would require from two to four additional men. “The big thing, though is that with the T-L’s, we don’t have to change water during the night. They’re always continually moving, and we don’t have to worry about them,” he says. “It’s so much easier to just start an engine to begin running water across a field than it is to flood irrigate it.”

Flood irrigation requires a great big head of water to get out across some of the fields. Ryland estimates that, “our T-L’s are probably doing better than halving the amount of water we’d otherwise have to apply if flood irrigating the same ground.”

It’s a lot cheaper to be able to fertilize through the T-L’s than it is to have to apply a granular fertilizer. Ditto chemigating alfalfa against cutworms, a problem with no really effective solution on flood irrigated land.

Rather than having a stand last only three to four years, now it looks like a five to seven year stand life will be more typical of T-L-irrigated alfalfa. Ryland attributes this to greater consistency of water delivery that prevents plants from dying out.

T-L’s are more practical to set up, they can be driven by several different power sources. These include diesel or propane power remotely or at the pivot point. Power sources can also be as well engine and single or three phase electricity.

The ranch is running four diesels, they could construct one pond and pipeline to serve two pivots. This cut installation costs.

“Safety is an issue for us,” Ryland comments. “I worry about electricity and our employees. This is a big factor. It’s sure a lot safer to work on a hydraulic T-L than it is to work on an electrically powered sprinkler.”

He and his men can do all the maintenance and, if necessary, make repairs themselves – all without having to call for help from far away.

“Our T-L’s are so dependable. You start ’em one day and you go back the next day, and they’re still running, and the next day. I’d be willing to compare our maintenance records with anybody else’s. I know we’re cheaper in the long run,” he says. Thanks to the system’s continuous movement, Ryland thinks that a T-L has less tendency to get stuck in wetter, muddier ground than a stop and start electric center pivot.

“These T-L’s have been a good investment for us. We can make a return on them between five to seven years, depending on how rough the ground is. That’s not too bad of a deal, is it? Our T-L’s have been so extremely productive and such a great value for us, it would be difficult for us to consider anything else.” 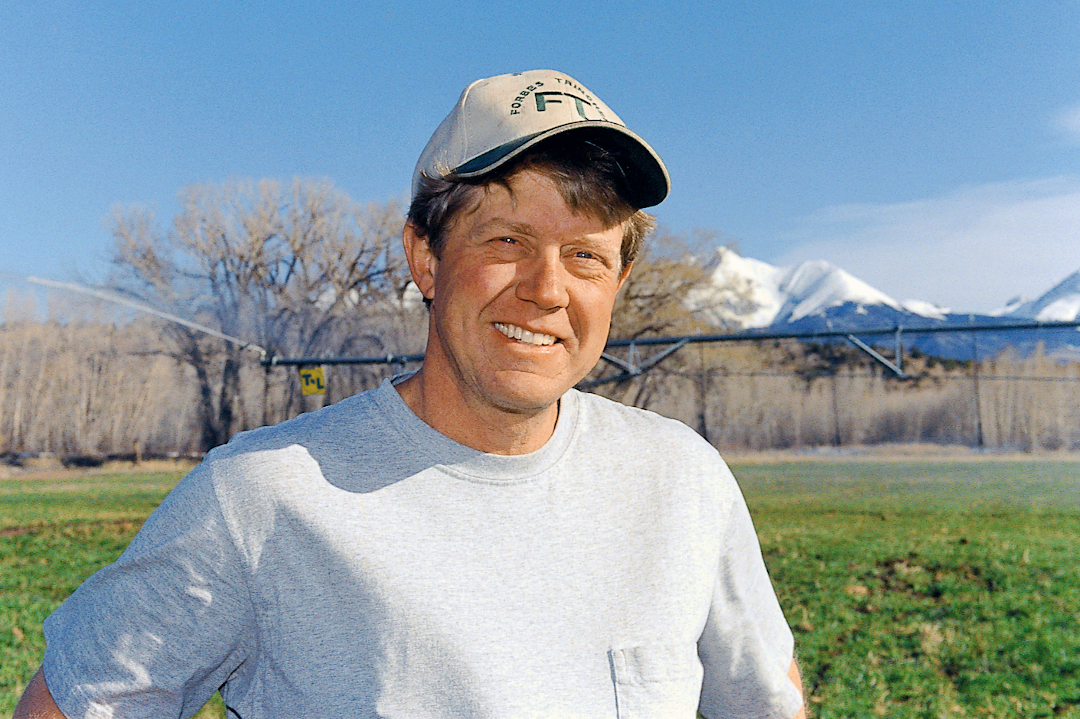