Ephraim, Utah
Back to Testimonials

"We'll turn on our T-Ls and run 'em all summer long and never even look at them except when we periodically grease them and change filters."

An electrician by trade, Tom Bailey, Ephraim, Utah, believes that if anybody should have an easy time of maintaining an electric center pivot it would be he and the crew on his farm.

He initially bought an electric center pivot to replace his wheel line side rolls in 1991. What appealed to him then was the center pivot advantage of water efficiency, labor savings, and the versatility to chemigate, among other things.

However, just two years later the electric system was out of his field, replaced by a new T-L hydrostatic drive center pivot. Installations of T-Ls have continued, and he now operates nine T-L units. He produces five to six ton an acre alfalfa hay, oats, and oat hay on 4,000 acres.

The primary reason for his switch: “The amount of downtime on the electric,” Bailey explains. “I’m an electrician, and even I couldn’t keep my electric center pivot running consistently. There was continual maintenance of microswitches and tower boxes, and it required three-phase power.”

There were also safety issues to consider. As he points out, “The 480 volts on an electric center pivot are the most deadly in the country. More people are killed by 480 volts than any other voltage.”

He says this is because 480 volts gives no warning. Any other voltage and it will snap and knock you loose. But, with 480 volts you receive the “whole wallop” since it won’t let you go.

Any pivot can go out of alignment sooner or later, according to Bailey. But, he says that when that occurs with a T-L it can be easily brought back into alignment using only a 9/16-inch wrench and a pair of vice grips. A service specialist isn’t needed, nor is there worry about electricity.

He says that he’s kept good enough records to tell him that a T-L’s continuous movement is considerably easier on gearboxes than the stop and go of an electric. For example, in eight years and with nine systems now running he’s had to replace one solitary T-L gearbox.

“And, there isn’t any comparison to most Midwestern soil types and ours here,” Bailey observes. “Our T-Ls work in heavy clay soils. These old buggers really get a work out. They’re built tougher than the electrics.”

His records also show that his T-Ls save him money. The monthly power bill to run the electric system he replaced was right at $280 a month. In contrast, each of his present T-L systems consumes only about $150 of power a month.

They can’t handle any necessary repairs on their own with common tools as they could with a T-L, according to Bailey.

“We’re over working on neighboring electric units continually,” he says. “I tell them I won’t run any, because I don’t want them quitting on me and all the troubles of keeping electrics going.

“We’ll turn on our T-Ls and run ’em all summer long and never even look at them except when we periodically grease them and change filters,” Bailey says. As a result, a number of his neighbors have also installed T-L units.

“There’s no doubt in my mind that the electric center pivot is a higher maintenance unit,” he sums up.

“The hydraulic T-L has more torque, fewer problems getting stuck, and lower maintenance–and a farmer can generally fix it himself if something does go wrong.” 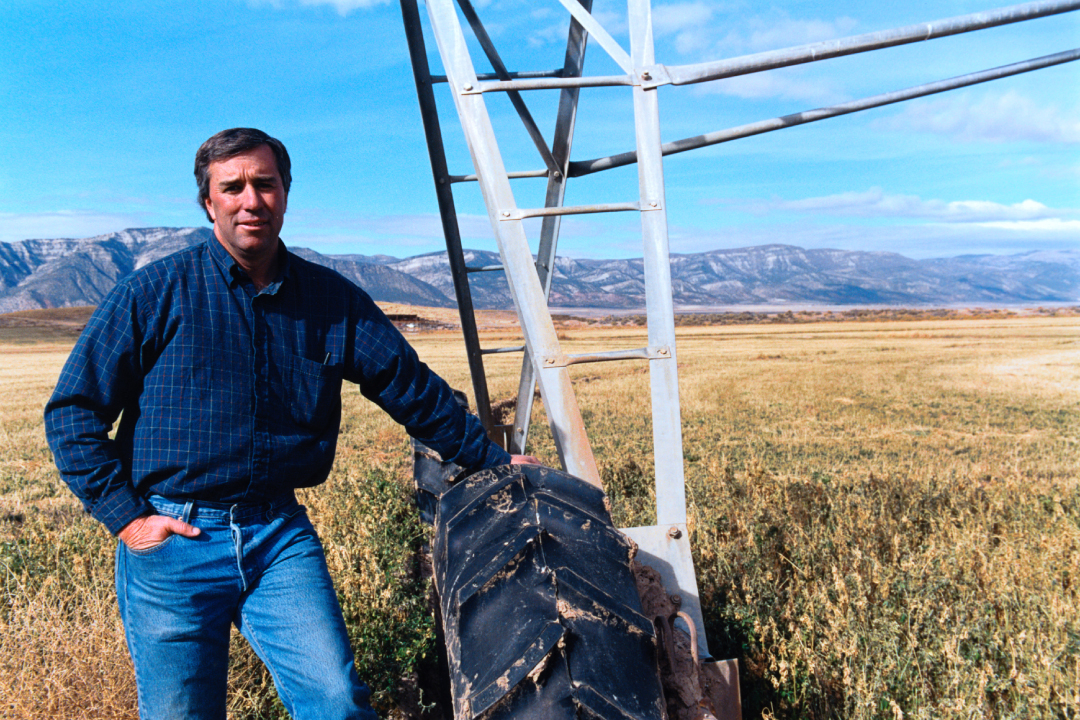