Maupin, Oregon
Back to Testimonials

"This is the best and, judging from this year’s crop, the most even water distribution system I’ve seen."

“This is the best and, judging from this year’s crop, the most even water distribution system I’ve seen, and I’ve done hand-lines, wheel-lines, and another center pivot,” Tim Morelli states.

Tim farms 1,000 acres of irrigated alfalfa, wheat, and barley for forage, plus dry land wheat near Maupin, Oregon. The T-L unit is in its first full season and, thanks to having a corner system, applied water to 171 acres of alfalfa. Even though Morelli’s water supply is limited, he harvested five tons of dairy quality hay in three cuttings.

“This T-L has provided tremendous savings for us. Overall watering efficiency has increased so much,” he comments.

“And, while I don’t have any figures on this, I can tell by the looks of the field that we don’t have the dry streaks and wind streaks like we did before. This may not be a scientific study, but the farmer in me is saying this is good.”

The T-L replaced six wheel lines and the labor they demanded. These units had to be moved twice a day, morning and night, every day of the week. Morelli also thinks his yield potential is higher now since he can get water back on the harvested field so much sooner.

He says the combination of drop hoses and sprinkler package low to the ground has pretty much eliminated wind loss and lowered evaporation loss.

The T-L, he points out, “Puts the water right down where we want it. It doesn’t have to float through the air. I just can’t say enough about this low profile system and the good job it’s doing.”

Morelli remembers that his first thought when he saw the T-L corner machine was, “This must be some kind of madman’s dream.”

“However,” he adds, “I’m impressed. It folds out where it’s supposed to and then folds back when it’s supposed to with the sprinklers sequencing and shutting off. I can’t see any real wet spots, so it’s applying water uniformly.”

The T-L system’s not requiring high voltage electricity was a major buying factor, according to Morelli.. Safety was another consideration along with having no electricity source readily available. Even more important was the absence of continual starting and stopping with a T-L.

After a lightening strike blew out the oscillator board, the support Morelli got from the Company was, he says, “just incredible. One man from the Nebraska plant had given me his cellphone number and said to call any time. When I got him at home he was watching a football game. Yet he was still willing to take the time to walk me through what I needed to do.”

There’s another payoff from the labor the T-L saves, although Morelli doesn’t quite know how to put a dollar value on it. As he stresses, “Any time you can buy yourself a little more time, especially when you’re raising a family, it’s important. The T-L has allowed me more quality time with my family.” 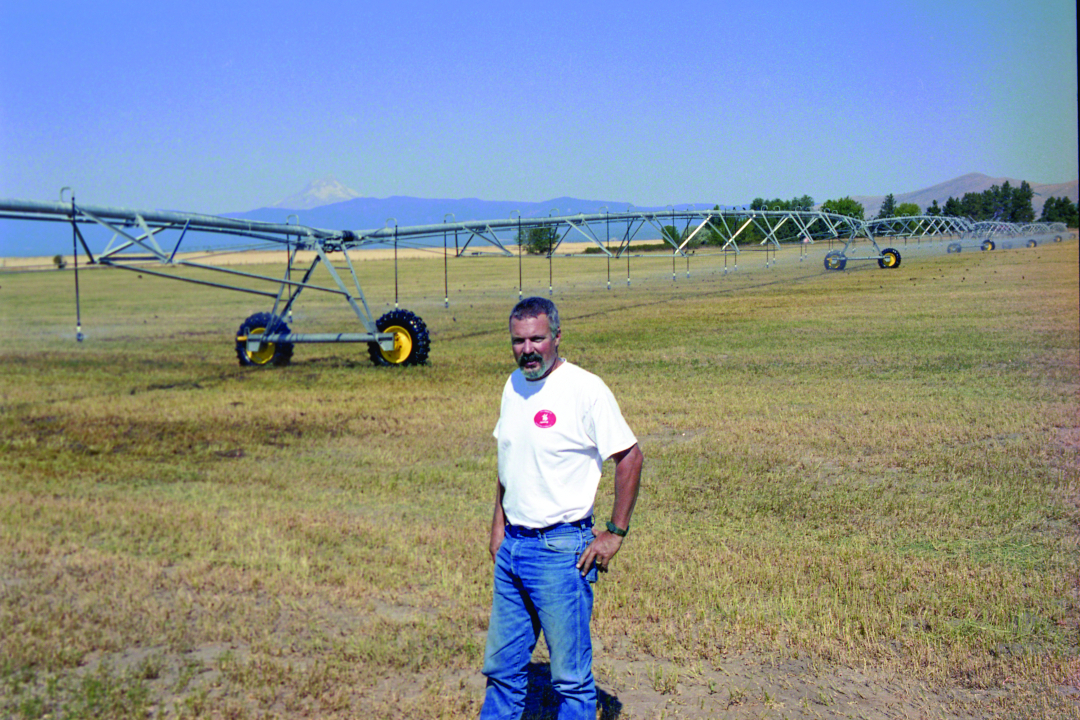