Wichita, Kansas
Back to Testimonials

"It was the oldest T-L around, and if it weren’t for the tornado I’m sure it would still be running today."

In Terry Jacob’s experience, it would seem it requires nothing short of an act of God to take a T-L pivot out of commission, and even those don’t fully stop them sometimes.

“One of the very first T-L pivots used in this area ran from the mid-70s to just a few years ago when a tornado came through and took it down. It wasn’t scheduled to be replaced and it was still running great,” says Jacob, who farms in central Kansas just north of Wichita.

Jacob got to watch that specific T-L pivot work for most of those many decades. As a young man he was working for neighboring farmer, Wilbur Kurr, when Kurr purchased the pivot. And it was located just 1 mile down the road from Jacob’s own farm when it met its untimely fate.

“It was the oldest T-L around, one of the old yellow ones, and if it weren’t for the tornado, I’m sure it would still be running today. I have no idea how many hours were on that machine, but it didn’t have an easy life,” Jacob says.

A true workhorse, the T-L pivot marched forward year after year consistently providing critically needed water in a continuous cropping system. The field it called home wasn’t forgiving. It was converted from pasture complete with filled in ponds, continuously making for an endlessly bumpy journey back and forth across the acres.

“The ground was marshy and rough, and it ran for hours and hours raising corn, wheat, and soybeans every year,” Jacob says. He even tried to purchase the pivot from Kurr when he started his own farm, but Kurr rightly refused as it was in great condition and still working for him.

Kurr and Jacob together learned a lot about T-L pivots over the years. When Jacob first worked for him Kurr used flood irrigation but became a local irrigation pioneer by installing one of the area’s first center pivots—the very T-L taken out by the tornado.

As the farm grew, Kurr purchased more T-L pivots and eventually became a dealer. Jacob worked on Kurr’s pivots and did custom work on other pivots. As center pivots became more popular in the area, Jacob did repair and maintenance on them, too.

“I never did like working on the electric pivots. I didn’t like the combination of electricity, water, and steel,” Jacob says. He once was nearly electrocuted while working on a unit he thought was turned off that suddenly kicked on. Experiences like that, including the frustrations of how frequently the electric pivots broke down and how complicated they were to fix, soured Jacob on electric pivots. When he purchased his own farm and it was time to upgrade the irrigation from a flood system, the choice was easy. He went with a T-L pivot. When he picked up another 1/4-section, he quickly replaced the existing electric pivot with yet another T-L pivot. It’s a purchase decision he’s been happy about ever since.

He’s especially pleased with the constant movement of the T-L pivot for reasons both mechanical and psychological in nature. “I hate that off and on, off and on, I can still hear that to this day. With the hydraulic system it’s slow, steady movement,” he says. To him, the steady movement makes more sense. “Having a continuous load on the gears, bearings, and drive lines is a lot easier on them than all that stopping and starting. It’s not rocket science.”

His point was proven as he couldn’t keep drives on the electric pivot that came with his land purchase, even under warranty. “I put a center drive motor on my 4-wheeler every time I went out to check because I knew I would have to trade one out. It was terrible. Once I got rid of that system and replaced it with a T-L I haven’t had near as many problems or repairs and certainly don’t have to carry drives with me when checking on the pivot. And there isn’t so much noise. The mechanic in me says continuous motion is the way to do it,” he says.

Jacob uses his T-L system to drive as much production as possible on his acres. He double crops triticale or wheat behind soybeans. There are plenty of cows in his area, so the triticale gives him the opportunity to lease out grazing in the fall. In the spring, the triticale gets one allotment of water before a neighbor chops it for silage for his cattle. Jacob then plants soybeans again. He also raises corn.

“Irrigation is a tool we need to make this cropping system work,” he explains. “We get 35 inches of rain per year, but it usually isn’t timely. We’re often very dry and being able to get water to our crops at the right time is pretty vital.”

Jacob knows when it’s hot and dry he can count on his T-L pivots to work even when faced with a wide variety of challenges. When copper theft was an epidemic in his area electric pivots got stripped of their wiring constantly while his hydraulically powered — and therefore light on copper — T-L pivots flew under the radar. And when lightening struck, it was a relatively minor blip in Jacob’s day as compared to if he had an electric pivot.

“My T-L got struck by lightening last summer. It knocked out the control panel and the motor generator, but the system itself was OK,” Jacob says. His dealer, Jeff Cordell of C.R. Enterprises in Newton, Kansas, was out to fix it right away and he was back up and running in just a day. “We didn’t have to go through the system or climb up on the spans to repair anything. There weren’t fuses and control panels on each tower like the electric pivots would have. We were able to repair it fairly fast, which was good as it was hot and dry and we really needed the water. If it would have taken longer to repair, we would have potentially hurt our yields.”

While his dealer is usually quick to be of help, Jacob is happy to lean on his years of experience to work on his own T-L pivot when necessary, too. Mostly because it’s easy. “Jeff is great, but he can’t always get here to make a repair. However, he can walk me through the repair over the phone,” Jacob says. The repairs are generally straightforward and not very labor-intensive, which is why Jacob stopped working on electric pivots. “I hate those center box drives and U-joint drives on the competitors. Let a dealer go out and put center drives on, that’s hard work and I won’t do it anymore!”

After being on the front lines of introducing pivot irrigation to the region, Jacob is confident in his decision to stick with the first pivot he worked with, a T-L.

“It took a tornado to take down a T-L,” he says. “That says it all. It’s a good system. I like the pipe, I like the dealer system, and as a mechanic I like their drives. If I was going to buy another pivot, it would be a T-L hands down.” 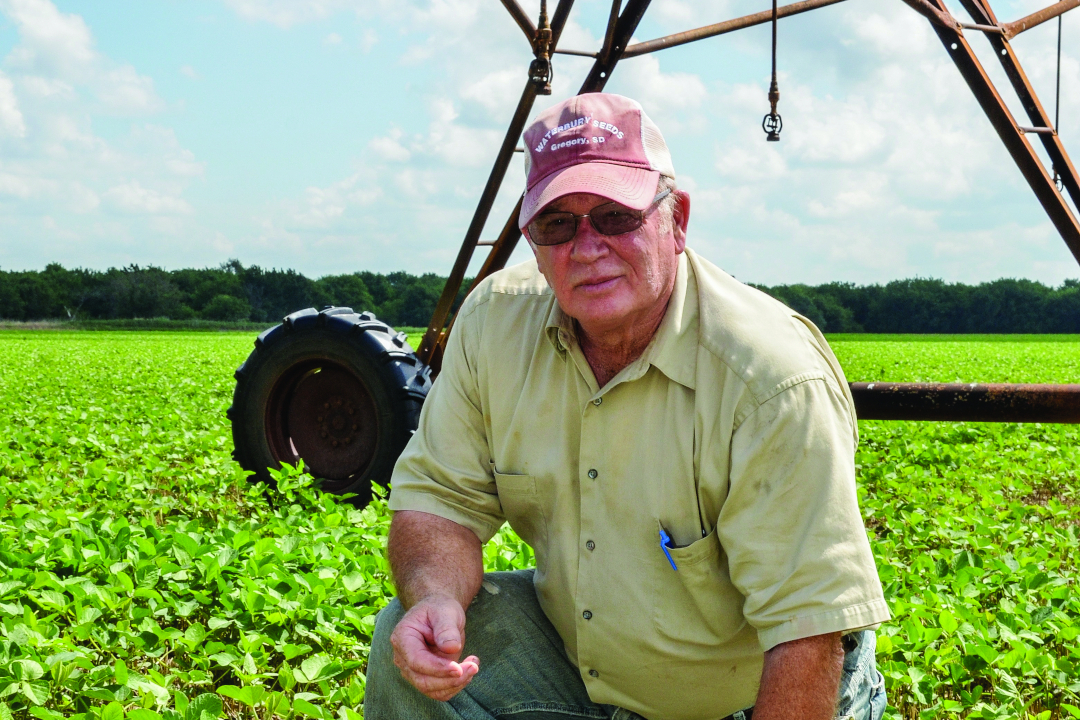