Clay Center, Nebraska
Back to Testimonials

"I think the bottom line is that with good irrigation management, coupled with good soil and crop management practices, high yields can be maintained with limited irrigation."

He believes there are two “cutting edge” or critical irrigation areas that must be explored — and the sooner the better considering generally diminishing water supplies over much of the country.

The first is what he terms “deficit or limited irrigation practices”. This is the foundation of some of his current research. Crop coefficients over the last 30 years have been developed to determine crop water requirements for full irrigation settings with no water stress.

“However, when you go to deficit or limited irrigation, many things change,” Dr. Irmak says. “So, we need to develop new crop coefficients for deficit irrigation.”

In addition to potentially saving valuable water, such diminished irrigation could also be an important factor in paring the costs of progressively expensive fuel or electricity for pumping.

He says the second critical area is finding the right hybrids. In this case, these are the hybrids that can produce higher yields on less than the water ideally supplied by full irrigation.

Note that the color plot diagram (right) shows three replications of four different levels of weekly irrigation except when rainfall exceeded the irrigation requirement as determined by evapotranspiration values. Soil water status was monitored by two different systems in numerous locations, one twice a week and one hourly.

The “full” irrigation rate of 9.5 inches of supplemental water in addition to rainfall served as the benchmark against which the other three were measured: 75 percent of the “full” rate, 60 percent and 50 percent. In addition, there were dryland tests at the corners that received only natural rainfall.

In each of the 48 plots, plus dryland areas, seven hybrids were planted to determine which hybrids could produce the most prof i table yields under a limited irrigation program that saved both water and pumping costs.

According to Dr. Irmak, “We learned that hybrid selection is a critical factor to make maximum use of irrigation water under water-limiting conditions.”

The 2006 growing season was relatively wet, although it was extremely dry until mid-August. An interesting point: Even the 50 percent corn receiving just 4.7 inches of irrigation water still yielded more than 210 bushels an acre — roughly twice that of the dryland yields.

Yields increased linearly to approximately 200 bushels an acre at which diminishing returns started. This effectively illustrated that the return per inch of water applied was much less in the 200- to 250-bushel range as compared to the initial stage of the production function.

“I think the bottom line is that with good irrigation management, coupled with good soil and crop management practices, high yields can be maintained with limited irrigation,” Dr. Irmak sums up.

“In other words, this achieves the objective of harvesting more bushels per gallon of irrigation water!” 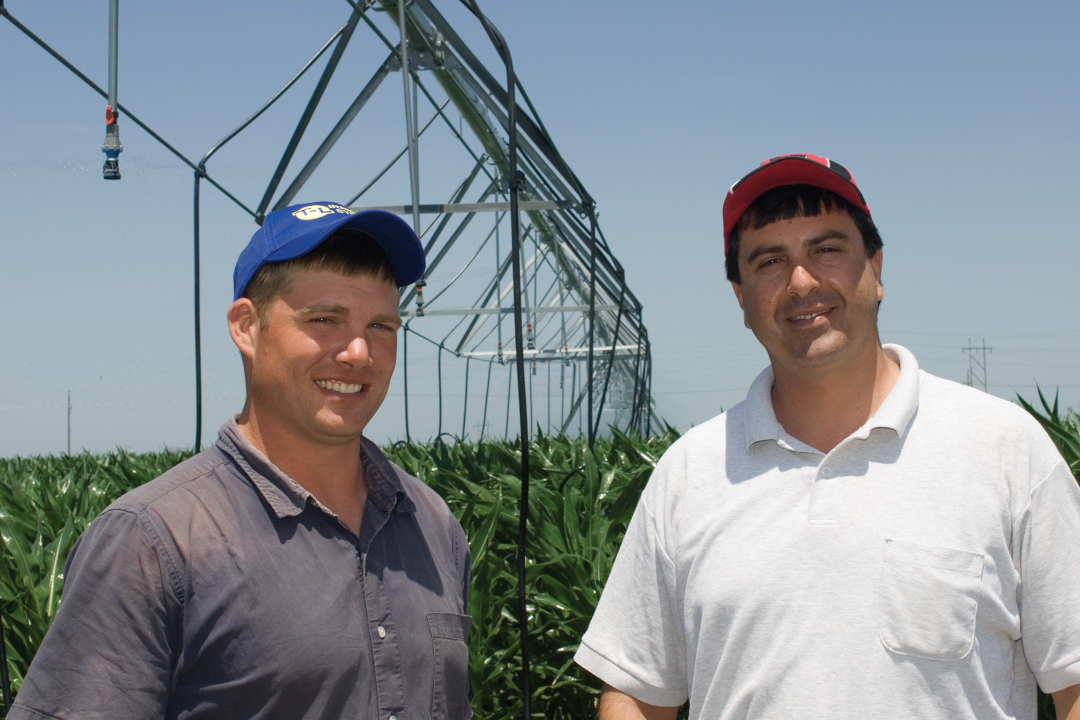