Tulelake, California
Back to Testimonials

"I can safely say this is one of the strongest stands of alfalfa that we've ever raised--and what our T-L did will definitely help us pay for the machine this year. It was a lifesaver for our new alfalfa this spring."

Until it was drained after WWII, what’s now known as the Klamath Basin was a lake. The land near Tulelake, California, that Scott Sues’ grandfather homesteaded, had been under eight feet of water. Now Sues and his father, Monte, farm 3,700 acres. They are the world’s largest independent producer of horseradish, and they provide peppermint for Lipton’s mint leaf tea. Plus, they also grow conventional alfalfa, dehydrator onions, and grains.

This past spring, they installed a linear T-L that irrigates 150 acres of new alfalfa to achieve better irrigation water distribution uniformity. The soil varies from sand, to sandy loam, to a muck type, depending on whether it was former lake bottom or shoreline.

“The T-L is pretty nice in this field,” Sues says. “As it progresses up the hill, it makes three changes to allow more water on the sandier land and less water in the muck soils. This T-L lets us be as efficient as possible with this ground.”

The machine is guided by an underground wire that emits a radio signal. There are no above ground wires to cause worry. All that’s well and good, of course, but, what really endeared the T-L to the Sues family was what happened right after seeding the field at a heavy 30 pound an acre rate.

They had just finished seeding at 6:00 a.m. one day when they learned that 60 to 70 mile an hour winds were forecast for late that the afternoon. Goodbye to those alfalfa seeds residing only a quarter inch deep in the soil.

“That didn’t happen,” Sues smiles. “We started up our T-L system and it got over three quarters of the field before the winds began to pick up. We kept it going solid through the six days of the windstorm. Our linear T-L kept the ground wet and prevented blowing.”

“I can safely say this is one of the strongest stands of alfalfa that we’ve ever raised–and what our T-L did will definitely help us pay for the machine this year. It was a lifesaver for our new alfalfa this spring.”

He says that if they’d had to rely on wheel lines or flood irrigation, there wouldn’t have been a chance to save the crop. Instead, they plan to harvest upward of ten tons of quality hay per acre from this field. Some will be sold to local dairies and some to Japan.

This linear T-L replaced an electric center pivot system, one of a half dozen such machines that are going to be replaced, according to Sues. As he notes, “The labor and maintenance of keeping those systems up is becoming more and more of an issue. As for the T-L, we like the simple dynamics of being an enclosed hydraulic system with a simple motor.”

Sues says that hydraulics are understood on their farm. On the other hand, with an electric pivot system’s wiring and relays, it sometimes requires a trained professional to track down the problems. “Water and electricity aren’t necessarily friends,” he believes. “That’s a major point with us,” Sues adds. “As a consequence, my father and I do most of the repairs. We are uncomfortable with the idea of our employees working on the pivots with electrical power, considering the workman’s compensation and liability issues that can accompany an accident these days.”

He mentions that generally either his father or he ends up doing the work when an electric system stops. They’ve both been hit a few times by some stout voltages, and they prefer not to have the continuing risk. Their T-L was the first hydraulic system installed in the area.

“It was a comfort to see the interest the factory took in making sure everything went right and the advice and help the dealer provided,” Sues says. “All of this is definitely weighing heavily on our minds as far as decisions we’ll be making in the near future about additional machines,” he sums up. “Yes, I think T-L’s are going to be a more common sight on our farm.” 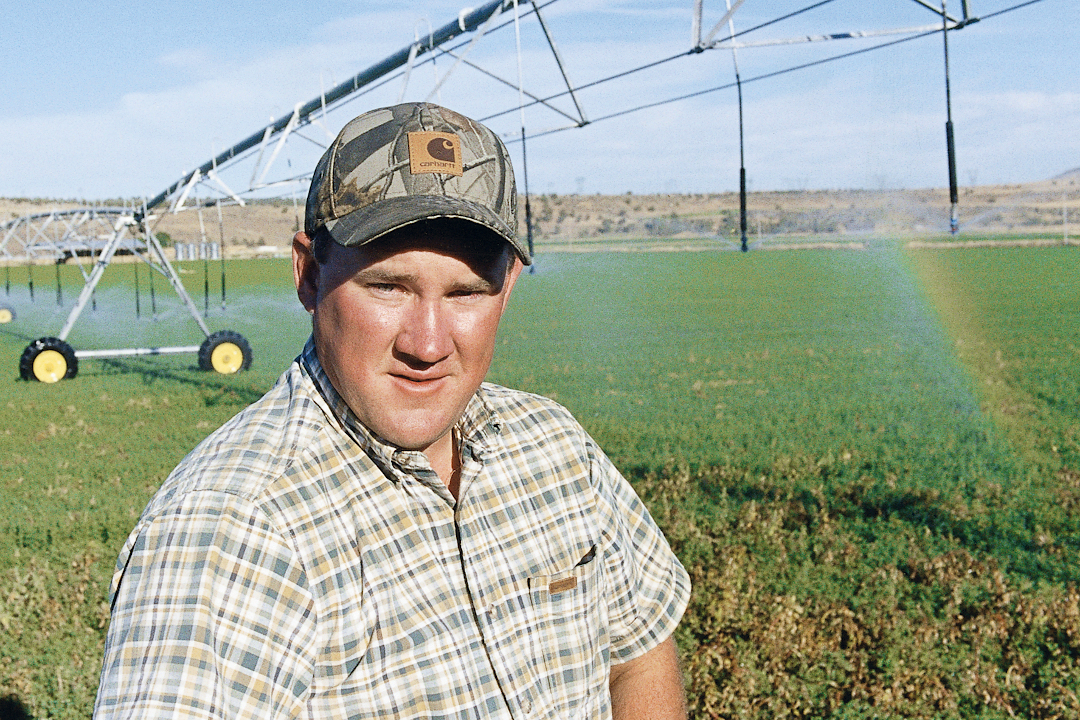