Pavillion, Wyoming
Back to Testimonials

“A Center-Pivot Sprinkler Will Raise More Crops With Less Water.”

In Richard Klein’s opinion, “Other sprinklers look like tinfoil compared to a T-L. There’s just more iron in a T-L, and it appears more solid.”

“Like any machine, even T-Ls may break down in time,” he adds. “However, T-Ls will last longer than any other system on the market. They ‘age’ more gracefully, and they appear to hold their value longer than other center pivot systems.”

Klein remembers his father commenting about a brother who would always use a 2×2 in place of a 2×4 board. The point, he says: “Maybe it will work. Maybe it’s cheaper. But, the 2×4 will last a lot longer. I kind of feel that way about T-L center pivots.”

Richard farms 480 acres of irrigated alfalfa hay, malt barley, and sugar beets near Pavilion, Wyoming. His farm in the Wind River valley area looks like an oasis located in the midst of a virtual desert.

The explanation: His farm is at 5,400 feet elevation and receives only five to six inches of rainfall in an average year—and barely two inches of moisture annually in the past seven years. He has to apply almost .40 inches of water a day during the growing season.

Klein explains that drought has pushed him more and more toward sprinkler irrigation and he’s found that sprinkler irrigation requires almost twice as much water as pivots do. So, he now utilizes 5 T-L systems, varying in size from 2 to 14 towers, to do most of his irrigating.

“I started looking at center pivots back in 1995 from several angles,” Klein says.

“One was an economic decision, since a center pivot sprinkler will raise more crops with less water. This is even more important when drought cuts the number of acres you can flood irrigate to half or two- thirds of normal. There’s just not enough water available.”

“The second was more of a “quality of life” decision. I know my body can farm a lot longer using center pivots than it can using gated pipe. I’ll be able to stay on the farm longer than if I’d had to continue with a sprinkler irrigation system.”

Another reason was his observation that center pivot water distribution patterns don’t suffer as badly from windy conditions as other methods of sprinkling. After deciding to gradually switch to center pivot usage, it became a matter of which brand to install. As Klein notes, there are three reasons he ended up with T-Ls.

“For one thing, when you first stand under a T-L tower and look up at the valve that adjusts the speed of each tower, the degree of simplicity appeals to me.”

“Once I became familiar with how easy it was to adjust or align a T-L with a pair of vice- grip pliers and a 9/16-inch wrench, I was further convinced that hydraulic center pivots were the way to go.”

“Also, I didn’t need a degree in electrical engineering to fix the few problems that arose.”

Klein reports that after he’s shown some other farmers how simple T-Ls are to operate, they’ve all purchased T-Ls.

Further, Klein thought mixing 480 volts with water was a “recipe for disaster.”

“While all center pivots have problems, I prefer my problems to theirs,” he continues. “I can repair virtually everything that needs work myself, resulting in minimal downtime with a T-L.”

An exception was when a hired man hooked a tower wheel with a disk-ripper pulled by a 200-horsepower tractor. This accident bent the T-L unit into a sort of corkscrew shape.

The good news was that Keith’s T-L dealer was there making repairs just as soon as all the necessary parts were delivered from T-L.

“I think T-L dealers are kind of like the Maytag repairman when it comes to being busy— or rather not busy—doing repair work,” he says.

“They make their money selling complete systems, not servicing and repairing them. That’s probably why some dealers of other brands can sell a center pivot a little cheaper, because they know they’re going to be back year-in and year-out.” 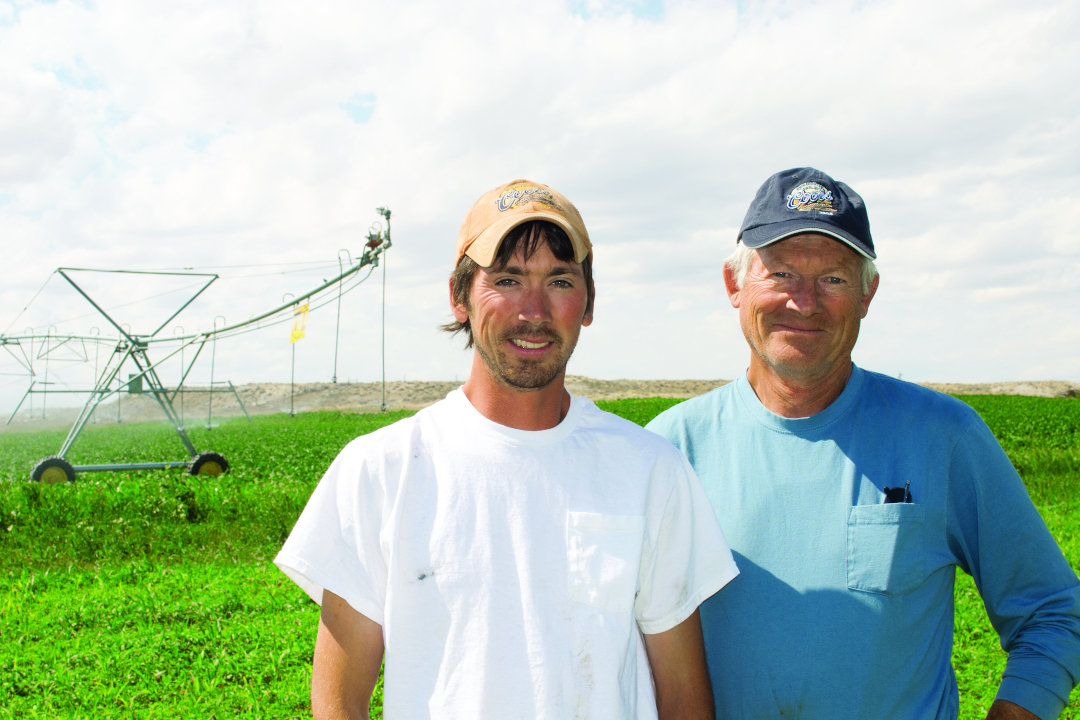