White Swan, Washington
Back to Testimonials

"Because we only get about seven inches of rain a year, everything is under irrigation."

The ability to climb a 17-degree hill without slipping is just one of the reasons these Washington state farmers prefer T-L’s continuous movement.

When Rich Knight and his dad, Rick Knight, decided to install their most recent center pivot unit, they were surprised to learn that one competitor wasn’t even willing to give them a cost estimate. The salesman was afraid their pivot wouldn’t climb the 43-foot hill that comprised the upper end of the Knight’s quarter-section cornfield.

“There are a lot steeper hills in the area,” says Rich, who farms around 1,000 acres in partnership with his dad near White Swan, Washington. “But with a 17-degree grade and rise of more than 40 feet from bottom to top, this one is obviously more than some pivots can handle.”

To make matters worse, the field, which hasn’t been farmed in more than 20 years, contains a high percentage of alkali soil, which becomes very sticky when it is wet. Consequently, Rich says he couldn’t envision an electric-drive pivot working very well anyway.”

The way I figure it, trying to pull that hill with an electric-drive unit that continually starts and stops would be like revving up a car engine and letting out the clutch,” he says. “It would just dig itself into a rut and it would be stuck.”

Although corn is an important crop for the Knights, their main commodity is alfalfa, which is marketed directly to a nearby dairy. Corn and wheat only serve as rotation crops for the 600 acres that are devoted to hay.

“Because we only get about seven inches of rain a year, everything is under irrigation,” Rich explains. “We have three electric mini-pivots and three T-L center pivots — one sweep that covers 80 acres; a regular circular pivot, and a corner pivot that covers 146 acres, while navigating around two houses. The rest of the farm is covered with wheel lines.”

Unfortunately, the lateral- moving wheel lines are much more labor intensive than the pivots; and fields watered with wheel lines can’t be rotated to corn, due to the lack of clearance.

“We generally rotate a field out of alfalfa every five to six years,” says Rich, noting that they normally get five cuttings per season off of each field. “At that point, we’ll rotate the fields with center pivots to one year of corn and one year of wheat before going back to alfalfa. On fields with wheel line irrigation, we’ll go with two years of wheat. That’s another reason we’d like to add at least three more center pivot units.”

Rich says center pivot irrigation is also preferable for applying fertilizer. In fact, the Knights use chemigation on every field that has a pivot.

“I think we use less nitrogen when we ‘spoon feed’ it on through the pivot…” “On our alfalfa, we’ll take soil samples in the spring and then put on about 20 gallons per hour of custom-blended fertilizer until the recommended levels have been met.”

Rich says they put about half of the nitrogen required by a corn crop through the pivots, as well. That’s in addition to phosphate, potash, sulfur and micronutrients.

“I think we use less nitrogen when we ‘spoon feed’ it on through the pivot,” he adds. “It goes immediately to the plant and you don’t have to worry about it leaching down through the soil or running off.

“The key is getting it spread evenly,” Rich continues. “Of course, that’s another benefit of T-L’s continuous movement.You wouldn’t think of going through a field with a tractor and fertilizer spreader and stopping and starting every few feet; yet that’s what an electric pivot is doing.”

On the other hand, Rick has his own reasons — besides the continuous movement and ability to climb hills — for preferring T-L center pivot units over electric-drive units. “I know how to work with hydraulics and I’m not afraid of 24 volts,” he says. “But 480 volts tend to scare me.”

However, Rich says electric- drive pivots concern him for another reason. According to Knight, the state of Washington has adopted the National Electrical Code for center pivot irrigation systems, which means the junction box on every pivot tower has to be checked by a state inspector.

“Unfortunately, they don’t seem to know there is a difference between the T-L units and other brands,” Rich laments. “On the other hand, there’s nothing to prevent a T-L from passing, since there are no junction boxes on the towers.

“As far as I’m concerned, anything we can do to reduce the amount of government regulation — which seems to be getting worse instead of better — is worth it,” he adds. “But the best feature is still the consistency.”

“We’ve all seen how the tractor industry is moving toward CVT transmissions for infinitely variable speed, without the jerking that comes with powershift and gear range changes,” Rick concludes. “Why wouldn’t you want that with your irrigation system?” 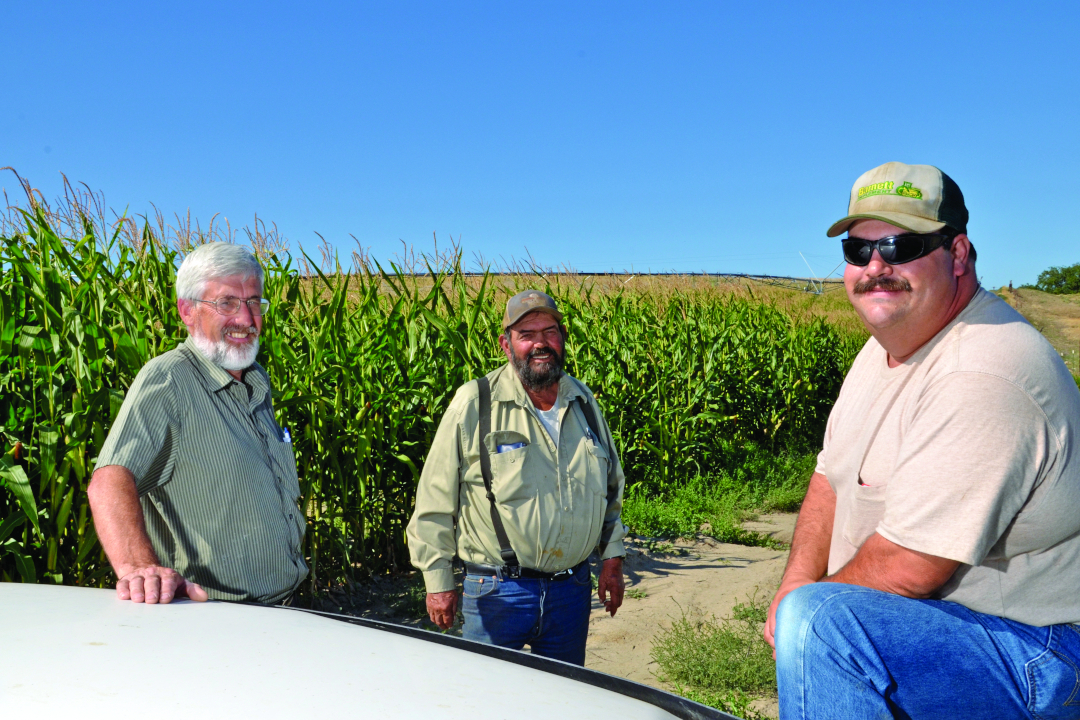