Montrose, Colorado
Back to Testimonials

"There was no guessing involved either. We knew exactly how much water the T-L pivot consistently and uniformly was putting on all the ground."

“Nothing drives off, it walks off,” is Randy Meaker’s way of explaining that he markets all his 400 acres of crops through cattle. He has a 1,000 head capacity commercial beef feedlot that specializes in replacement heifer development and feeding stockers from 400 to 800 pounds in weight.

“This is our way of ending up with an added value product,” he says.

With less than ten inches of annual rainfall, irrigation has been a must since his grandfather began farming the Montrose, Colorado, land in 1916. Until 2003, that meant furrow, or gravity, irrigation.

In addition to the usual problems of furrow irrigation, inefficient water usage and heavy demands for labor, there have also been some special area concerns:

First, there is the necessity of removing virtually all residues to ensure water flow down the rows. Second, controlling the run-off from the shale and clay-type soils that trigger an influx of salt into the Colorado River, a major concern for those farming downstream.

Meaker’s first T-L experience convinced him that he could now “double crop”. This was something he’d always wanted to do but couldn’t with furrow irrigation.

Last year, under this first pivot, he raised 3.85 tons of dry triticale hay on one cutting, then that fall harvested 33 tons of a full season corn, silage variety. Then he followed with a reseeding of triticale.

“On both crops we got a 20 percent increase in yield with the T-L over furrow irrigation-plus made double-cropping work”, Meaker points out. He thinks there are a number of reasons for this:

“First, since the sprinkler doesn’t care about residue blockage, we could leave more residues to act as a wicking agent on these clay-type soils, “he points out. “There wasn’t the usual super-saturation at the upper end of the field and not enough water at the lower end.”

“There was no guessing involved either. We knew exactly how much water the T-L pivot consistently and uniformly was putting on all the ground. And, we could keep on irrigating.”

“With furrow irrigation, he says, it’s all a continuous cycle of flooding the crop, then drying it out so you can flood again. However, with the T-L evenly applying an inch of water every three days, neither crop ever went into a stress mode that could hamper yields.”

Then there’s the labor factor difference to consider. As an illustration, Meaker points to his comparison of watering 29 acres of triticale under his first “demonstration” T-L and four adjoining acres under furrow irrigation.

“The T-L center pivot system irrigated and caused the triticale to germinate in just 27 hours,” he notes. “By comparison, it took us four days to get across those other four acres due to the usual constraints of furrow irrigation. The T-L also provided substantial labor savings.”

Another point: Furrow irrigation makes broadcasting dry fertilizer in the spring the only practical means of application. And, of the 200 units of nitrogen applied, maybe only 100 units can ever be utilized by the growing plants, since there are “wet” rows and “dry” rows.

Conversely, the T-L pivot allows “spoon feeding” foliar applications of fertilizer. The result, according to Meaker, is close to 100 percent usage of $350 a ton fertilizer Meaker has another, even more startling example of center pivot cost-savings. On his furrow-irrigated land, he has to complete seven field operations before it’s suitable for planting.

Contrast that with strip-tillage under a T-L that not only provides beneficial residue, but allows him to plant with just two field operations. As he says, “That’s saving of a lot of time, maintenance, repairs, and $4-plus diesel fuel.”

Meaker reports that T-L’s simplicity appeals to him, as well as the fact that his original system “Has needed absolutely zero adjustments from day one. It’s been absolutely trouble and maintenance free.”

He says that he gave no thought to trying an electrically driven system after his successes with his first T-L. In addition, while three-phase power is available, it’s approximately three times as expensive as diesel fuel.

A T-L, to Meaker’s way of thinking, is not any more costly than a tractor. As he says, “Our T-L just becomes another tool we can use. And, in the process of its use, we can eliminate so many other tools, plus labor.” 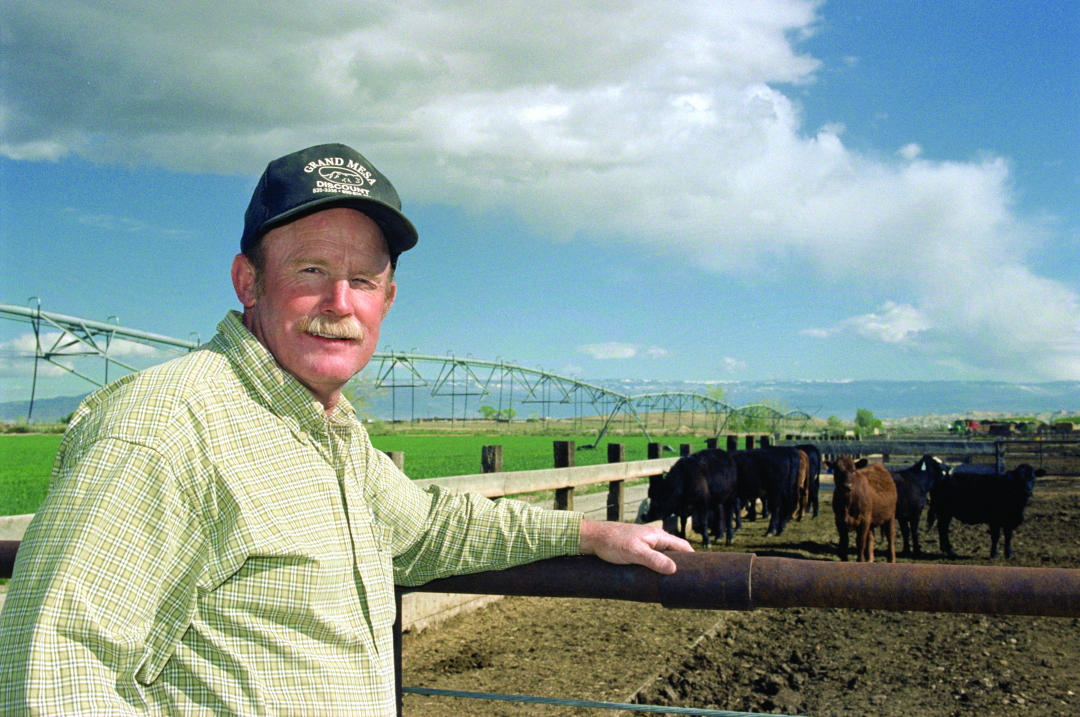