North Judson, Indiana
Back to Testimonials

"While my T-L did cost a few dollars more than an electric system, it offered some things they didn't. And, I also think it's going to be a longer lasting system."

“I think about a good friend of mine who was killed ten years ago by an electric center pivot sprinkler every single time I’m at the control box of one of mine,” Mike Hajek, North Judson, Indiana, frowns.

“I’ve tried to safely ground the system at the control box of each of my four electric sprinklers by standing on a plank resting on old rubber tires. An electrician told me that this way while any shock I receive may knock me down, it most likely won’t kill me,” he adds.

Hajek farms 800 to 900 acres of the corn and soybeans typical to his region, although a majority of his acres are in specialty crops. He has 1,000 acres of peppermint and spearmint, plus 200 acres of potatoes.

A recent summer was exceptionally dry. His mint crop needed 3/10 to a half-inch of water in each of 20 revolutions while his potatoes needed a half-inch application a total of 29 times. He also does some fertigation via his pivot systems.

Without irrigation, according to Hajek, “We wouldn’t have harvested any mint or potatoes. It would have been a zero yield.

“Sprinkler irrigation is a good insurance policy, especially on my sandy soils. Without irrigation I wouldn’t have been able to even get the crop into the ground or, for that matter, get a contract to grow potatoes,” he says.

“A specialty crop is almost certain to pay off a sprinkler the first year, Hajek believes.

This past summer his new hydrostatic T-L Irrigation center pivot sprinkler not only allayed his safety concerns, but also proved itself in other ways, he adds. “My big payoff was in no downtime. The T-L worked 450 hours its first season, and never went down for any reason. Not once. It’s nice to know that every time I start it up it’ll complete the circle,” Hajek continues. “It’s effective, dependable, and just a tremendous system.”

He recalls that virtually the only maintenance time he put in on the T-L was to check the tire pressures.

“While my T-L did cost a few dollars more than an electric system, it offered some things they didn’t. And, I also think it’s going to be a longer lasting system.” He points out that a T-L unit is a much simpler system than any electric system with its many little electric components. If any problems develop in the T-L, a simple walk by should spot them. On the other hand, as Hajek points out, “With an electric, any stoppage could be due to one of a 1,000 different things.”

Recently, he experienced a considerable amount of trouble during the growing season with one of his electrics. For some unknown reason its electrical terminals continued to corrode. The unit was down long enough during the hottest period that the crop it was supposed to be irrigating suffered drought damage.

Another feature Hajek liked about his T-L unit was the control system that told him exactly how fast the end tower was moving in inches per minute.

He checked accuracy and uniformity of coverage by putting a rain gauge in various places within the circle. Hajek observes that, “If I set the water amount on the controller for, say, 3/10 of an inch of water, that’s exactly what I’d later find in the rain gauge.

“My T-L system got the job done that dry summer. It was the one sprinkler that I didn’t have to worry about for any reason–I love it!” 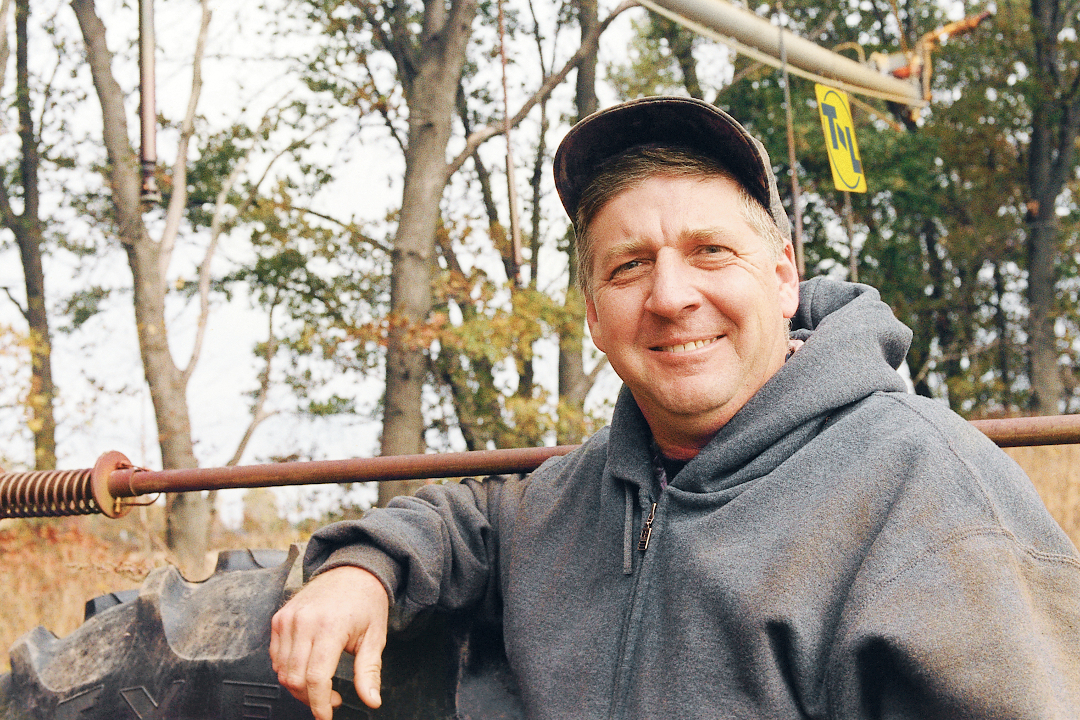