Muskegon County, Michigan
Back to Testimonials

"We get more running time with the T-Ls. We have shift operators who let me know every morning which rigs have gone 'down' overnight. The T-Ls give us more 'nothing down' days."

To look at them you wouldn’t know it, but there are a number of T-L center pivots at Michigan’s Muskegon County Waste Water facility that have run more than 60,000 hours! The 11,000 acre facility began operating in 1974.

However, by the early 1990s, 44 of the original 55 electric drive center pivots were replaced by new T-Ls. The treatment system is one of the earliest of its kind and the largest in the country. Basically, it was designed to solve a problem that centered around inadequately treated waste water, which was causing environmental deterioration of waterways and streams.

The solution was to stop polluting direct discharges by, instead, moving wastes to the new treatment facility. Most of the treatment consists of aeration for 72 hours in a series of full mix aeration cells where solids settle out and the water is stored in a 1,700 acre system of lagoons.

From the lagoons the waste water is pumped to sandy soil fields for application via center pivot sprinklers. Due to low temperatures, no irrigation is done during December through March. During the season, though, some of the soils have a water uptake rate of more than ten inches an hour.

One 137 acre unit, for instance, applies more than 2,800 gallons per minute; yet surface runoff is virtually nil. An annual application on some fields has been as much as 200 inches, plus rain received. A system of drain tiles takes off excess water after it’s passed through the soil.

Last year, corn yields averaged 112 bushels an acre, soybeans 35 bushels, and alfalfa silage 22.3 tons, up from a more usual 19 tons an acre. “All that water explains much of our lack of corn yields, because it’s leaching out the nitrogen,” Farm Manager Ken Scarth points out.

“That’s why we lean toward legumes. They can fix their own nitrogen. This system is excellent as far as removing phosphorus from the waste water is concerned, though.”

Scarth also thinks the T-Ls in the facility are more reliable than the electrics.”We get more running time with the T-Ls. We have shift operators who let me know every morning which rigs have gone ‘down’ overnight. The T-Ls give us more ‘nothing down’ days,” says Scarth.

“This reliability means an awful lot to us, especially when we’re pushed to empty a heavy flow coming into the lagoons,” Scarth comments. “Breakdowns with our T-Ls are relatively few, a lot of this is because they’re simple and we can do a better job of preventive maintenance. It’s also easier to see problems, such as corrosion, before the irrigation season starts. You can’t always see the problems on an electric, such as a motor going bad.”

“Our employees are unionized here, and state regulations say that nobody can get into a box with 24 or more volts unless they’re a licensed electrician. But, with our T-Ls, we can do almost all the work ourselves,” he continues.

“Besides, water and electricity aren’t really a good mix.” Scarth also thinks that long term, it’s harder on an electric system to continually stop, then have an electric motor pull more juice while it starts moving again. As an example, he recalls one electric that ran well for its first five or so years.

Then, all of a sudden, all the motors but one had to be replaced in the next two years. He reports that T-L company support when needed has been excellent. “T-L is a good company with which to work. Right now if we were to buy another system, it would be a T-L,” Scarth continues. “Our reasons include the fact they’re reliable and they’re simpler to work on.”

“The quality of the water that comes off this place is important. Our goal is clean water,” says Scarth. 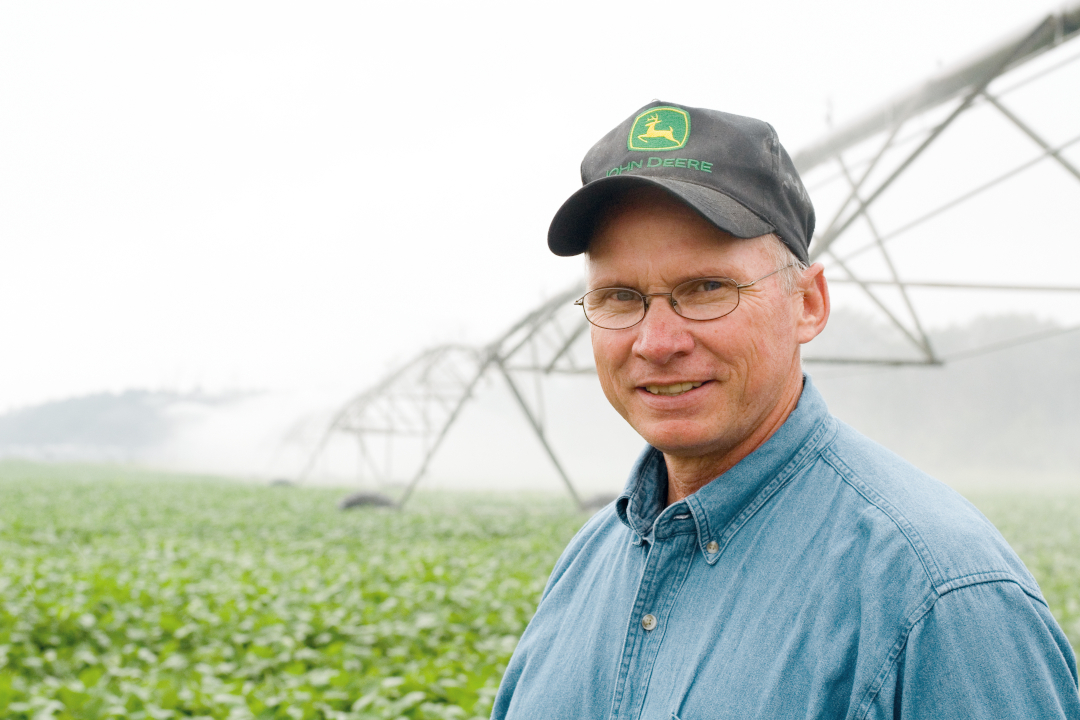