Shickley, Nebraska
Back to Testimonials

“T-L pivots are so simple to work on that I can do most of the work on them myself.”

While T-L Irrigation can list a number of converts from electric pivots among its customer ranks, even Boswell admits that most don’t change their mind quite as fast as he did. “We had an unusual number of problems with electrical issues that turned out to be really frustrating,” he admits. “Unfortunately, it took nearly three years to find the problem. It turned out that when they put up the pivot, they didn’t get one of the electrical connections tightened on the reversing switch, so every once in a while, it was arcing and blowing fuses.

To put that into even greater perspective, Boswell says all but the first two T-L pivots he purchased have been used machines that he has bought from local dealers. “The oldest one is a 1976 model and the newest is a 1984 model,” he says. “So I’m not afraid to buy a used pivot. However, when I do buy a used one, T-L is the only one I’ll buy, because they’re so easy to troubleshoot and learn what, if anything, is wrong with them. “T-L pivots are so simple to work on that I can do most of the work on them myself,” he continues. “In fact, two of my T-L pivots are from the 1976 model 10-tower unit that I had updated and split into two five-tower pivots.”

Boswell says 1976 was also the first year he started farming on his own after renting a full section of ground. Once his dad retired from farming in 1988, he took over most of the family farm, as well, adding pivots to the majority of the farm over the past 20 years. His most recent purchases, he explains, have been corner arms that have been added to two existing pivots. One was a new corner arm, while the other was a used arm that came off of a pivot that had been flipped by a windstorm, leaving the corner arm as the only usable piece. “Both are GPS-guided,” he explains. “I went with GPS on the new one because it’s on a rented farm where I didn’t want to have to bury wire.

The other runs beneath a high-voltage power line, which could have interfered with the electrical signal. “I do rely on the T-L dealers to deliver and set up any pivot I’ve purchased from them,” Boswell explains. “And about every other year, I’ll have them come out and inspect each of the units. But that’s about the only service call I ever need with the T-L units. I’ve done everything from repairing leaks to changing a motor myself.”

In the meantime, Boswell often uses the time he saves by traveling around the state and to Washington, D.C. as state president of the Nebraska Soybean Association. “The state association works closely with the American Soybean Association, so we work with producers from throughout the country,” he explains. “It’s strictly a volunteer job, so the only monetary return is reimbursement for expenses,” he adds, noting that his wife is also on the Nebraska Farm Bureau state board of directors. “But you learn so much from other farmers through the networking that’s involved. Plus, I’ve often become aware of legislation and regulations that are coming out in the future and been able to apply that to my own farming operation so I’m more prepared when it occurs.” Boswell doesn’t have to compare notes with other farmers or see what works in other parts of the country, though, to know that hydraulically driven pivots are the way to go on his farm. He learned that 22 years ago in just one season. 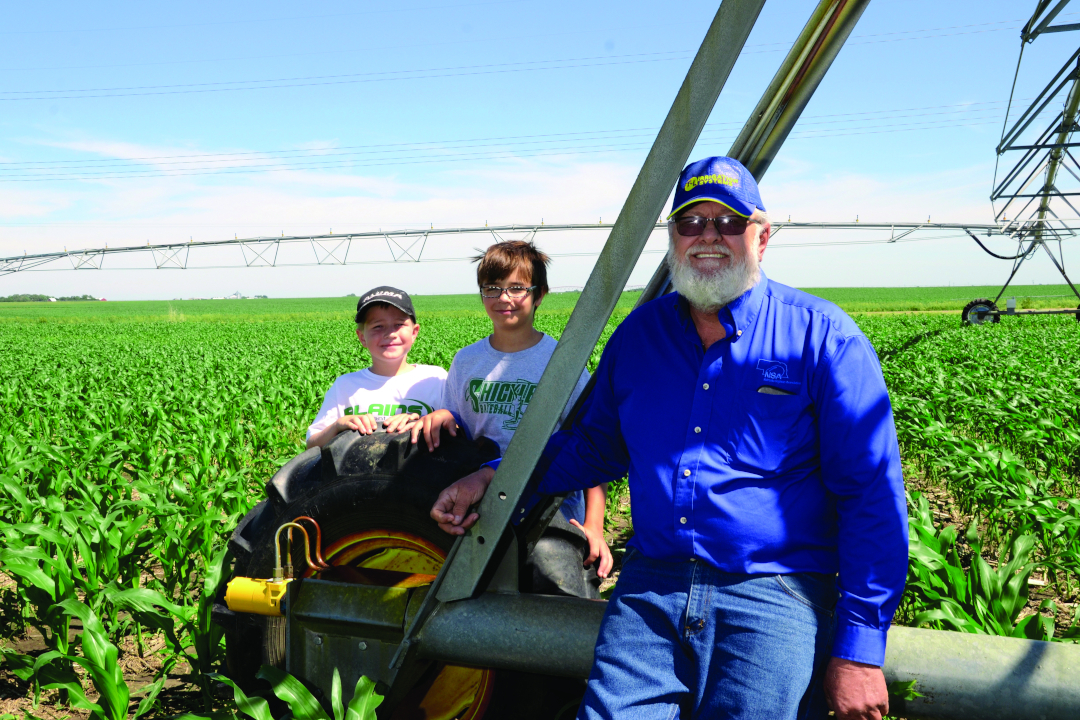