Lawrenceville, Illinois
Back to Testimonials

"I believe that irrigating with my T-Ls can make a difference between making or not making money in farming."

“What first caught my interest about T-Ls was, number one, service. I believe that service is as important as the product-which is why I now have 16 T-Ls,” J. R. Thompson in Lawrenceville, Illinois explains.

He farms approximately 2,500 acres of corn, wheat, soybeans, green beans, and seed corn. Depending on soil type and slope, he utilizes conventional-till, minimum- till, or no-till. He also handles and feeds under contract 12,000 weaning-to finish hogs annually.

Under critical weather conditions, such as when it’s 95 degree fahrenheit and the wind’s blowing 30 miles an hour, Thompson says, “We can’t stand much down time if we’re trying to produce a crop.

“Here’s an example of my T-L dealer service I’ve received, at 9 p. m. or 10 p.m. one hot summer day I found I needed some parts for a pivot. I talked to the dealer’s wife, who was able to get hold of him at a meeting. I had my parts and was able to get the system up and running yet that evening. That’s service.”

Thompson is convinced that with his area’s soil types farmers can produce crop yields comparable with anybody in the country.

“With today’s commodity prices,” he adds, “I really believe a 160-acre center pivot can be paid off in one year, at most two years. An additional 100 bushels of corn at $5 a bushel is an extra $500 an acre!

“I believe that irrigating with my T-Ls can make a difference between making or not making money in farming.”

As far as maintenance is concerned, Thompson estimates his T-Ls represent a low $5 an acre annual cost. Some of his systems have never required repairs. Of course, the units that are close to two decades in age are obviously beginning to need some maintenance. Regardless, over the years, there’s only been a couple of major repairs needed.

The safety aspect with electric center pivots also initially concerned him, and was another reason T-Ls were more appealing to him. Thompson believes that safety has to be a farmer’s top concern- if you get electrocuted it doesn’t matter what you’re doing.

One improvement he reports being “excited” about is the installation of GPS on some of his systems. That will enable him to track these units from his office. This will be a great time-saving feature since his irrigated fields extend out to a seven-mile radius.

“I like everything about my T-Ls ,”Thompson comments with a smile, ‘such as service, continuous pivot movement, and being simple to work on. I’m happy with them.

“That’s why I’m not looking at any other brand-and why I just bought three more T-Ls this year!” 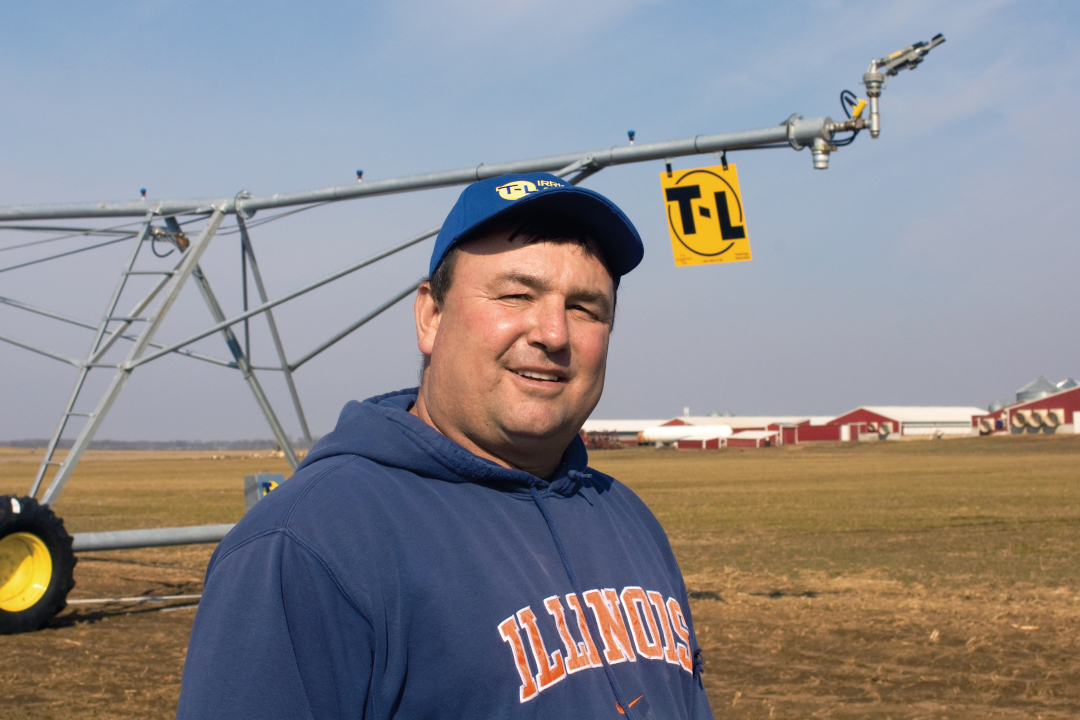