Larned, Kansas
Back to Testimonials

"The repairs on our T-Ls are definitely less. If we spend $500 a year on one we think we've spent a lot of money. Our experience has been that T-L repair costs are less than half of an electric's annual expenses."

Because, every spring through fall 10,000 acres of alfalfa hay are routinely swathed and baled by his company, according to owner George Morrill. He owns 20 percent of the acres in alfalfa.

Approximately 60 percent of the entire acreage is irrigated. Annual dryland yields vary with the rainfall, but generally fall into the two-and-a-half to three-and-a-half tons an acre range. Irrigated alfalfa yields also vary, from five to seven tons an acre, with six tons a good average.

His original experience was with flood irrigation. However, he’s since upgraded some of his own land with center pivot systems, plus put center pivots to work on the rolling hills that were impossible to flood irrigate.

“Irrigation of alfalfa is important in this area. This guarantees us a higher yield and more acres to harvest throughout the summer regardless of whether or not it rains,” Morrill says.

His company operates two T-L center pivots in addition to several electric center pivot systems. One of the T-Ls that he bought used is now 18 years old and, “It’s structurally sound with awfully good pipe. It’s a really well built, heavy machine that I think will last a long time yet.”

Morrill reports that his T-Ls certainly don’t have the gearbox problems suffered by his electric systems. He thinks this is due to the T-L use of hydraulic motors and so not having an electric system’s continual wear and tear of starting and stopping.

“The repairs on our T-Ls are definitely less. If we spend $500 a year on one we think we’ve spent a lot of money. Our experience has been that T-L repair costs are less than half of an electric’s annual expenses.”

Morrill believes that, “T-L center pivots run pretty trouble free and repair free, so there isn’t a lot of extra cost coming in all the time. With just some good annual maintenance and lubrication they’ll run a long time with little trouble.”

Although it’s difficult to detect by the eye, he thinks there’s also another advantage to the T-L’s continual movement. Since the unit doesn’t move fi ve feet and stop and then start again there obviously will be less variation in the amount of water applied over the field.

Then there’s the safety factor. As Morrill points out, “Any time we have to send out someone inexperienced around electricity it’s kind of scary to us.”

He says it’s worrisome that it’s possible for the 480 volts of an electric center pivot to electrocute a worker if he accidentally touches it while grounded and it’s “hot”. As he notes, “We don’t have to worry about the hydraulic pressure that runs a T-L hurting somebody.”

Nothing made by man is completely trouble-free, of course. Regardless, Morrill says T-L Irrigation really stands behind its products.

“They’re just like farm people in that they have a lot of integrity and in how they keep their word,” he adds.

“There’s just not as much downtime with T-L center pivots. And, it’s downtime that can really cost you money in the hay business if it’s hot and dry,” Morrill continues.

“Our experience has been that the T-L is a good, dependable machine. For the money invested for anything in our operation, a T-L is probably the best buy we can make.”

Morrill has limited experience with the PMDI concept, with emphasis on “limited” due to having to utilize a well with capacity so restricted that he had to shut down two and then three towers` of the center pivot. Here are his observations.

“It looks like PMDI results in a quarter of a ton more alfalfa hay per cutting, or call it close to producing another ton of hay a year from a field!”

So, even at feedlot grinding hay prices–and Morrill sells much of his hay to out-of-state dairies at premium prices–PMDI perceptibly hikes net profit per acre. 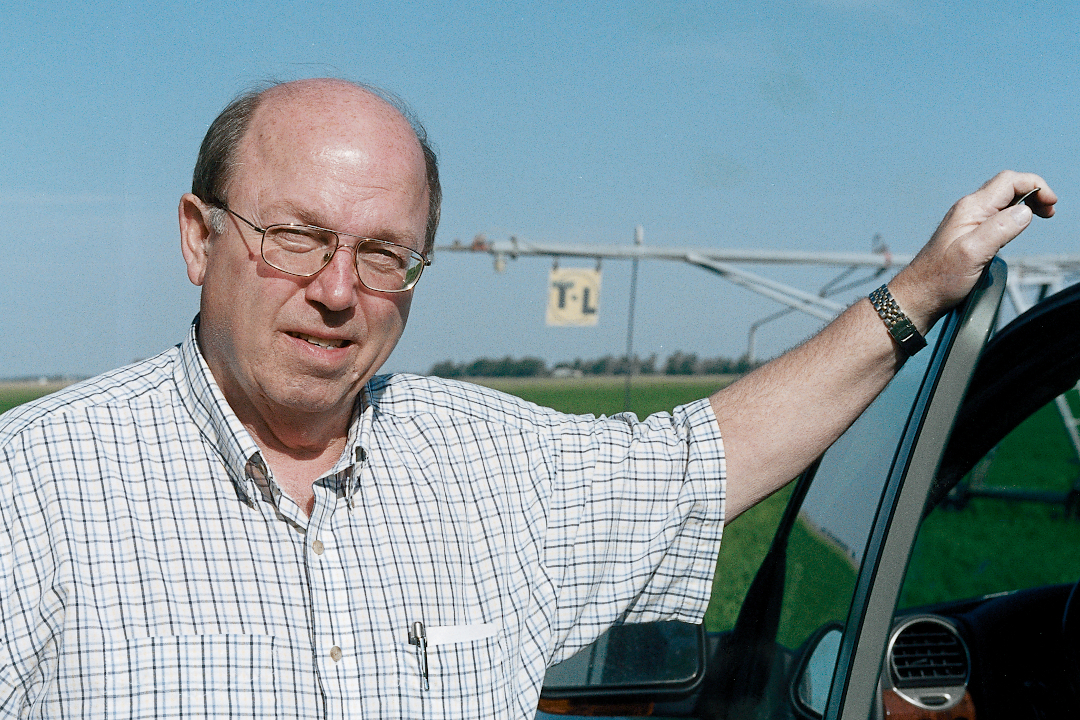