Rift Valley, Zambia
Back to Testimonials

"Compared to drip systems, our T-L produces a micro climate that's the ideal condition for coffee. And, it's much less labor intensive and less susceptible to human and rodent damage, not to mention being easier to inspect."

Different country, different continent, but same need for lots of supplemental irrigation water during the dry season. The Rift Valley Coffee Company operates three estates totaling 4,000 acres of coffee plants, with plans for an additional 576 acres in the next two years.

Etienne Steyn is the Kateshi Estate Manager with 1,472 acres planted to coffee. Irrigation is via drip systems and one 197 acre T-L center pivot installed late in 2004. Their rainy season typically starts in mid November and ends in mid March. Due to rainfall amounts of 60 inches or more, the deep, well drained sandy/clay loam soils are quite acidic and low in organic matter.

A coffee plant has the majority of its roots in the top 12″ of soil. Yet because daily evaporation from September through November can be .31″ to .39″, irrigation water is critical in extending the growing season that results in higher bean yields.

As Steyn notes, an even application of both water and fertilizer is crucial since each coffee plant in the field must receive the same amount to achieve the highest possible yield.

“The constant movement of the T-L provides the even application of water and fertilizer so important in coffee production,” he emphasizes. “The hydraulic drives give the pivot a constant motion as opposed to the start-stop operation of electric drives.”

“Compared to drip systems, our T-L produces a micro climate that’s the ideal condition for coffee. And, it’s much less labor intensive and less susceptible to human and rodent damage, not to mention being easier to inspect.”

The T-L has yet another important advantage over electric center pivots, according to Steyn: It has no electric motor on every axle, thus eliminating the possibility of theft. “We really like the reliability of our T-L,” Steyn adds, “and its ease of maintenance. We’ve had no problems with our pivot. The safety system is excellent, and easy to realign if it goes into bypass.”

“Our T-L will pay for itself in three years. Three years is the time elapsed before we take off the first main crop after planting. That first yield will pay off the pivot.” Steyn notes that the RVCC is considering installing three more T-L’s as the acres of land in coffee plants is expanded.

Selected Arabica coffee seed is planted in a nursery and nurtured for one year. The plants are then transplanted into a field in straight lines three meters apart in 1.5 meter row widths. The first harvest at 18 months is called a “fly crop”.

The first main crop comes in the third year and can yield up to four tons of green beans per acre in a single annual harvest. The self pollinating plants are put under stress in July and August to initiate flowering, then irrigated. Expansion of the bean takes place September through the end of December when the bean reaches the hard green stage.

Ripening occurs in May through the end of August, with harvest during that period. At the RVCC, all coffee is hand picked, and only the ripe red cherry beans are selected. Incidentally, some of the crop is imported by a Portland, Oregon, firm. The coffee fields are replanted every eight years in order to maintain a stand of healthy, high yielding plants. 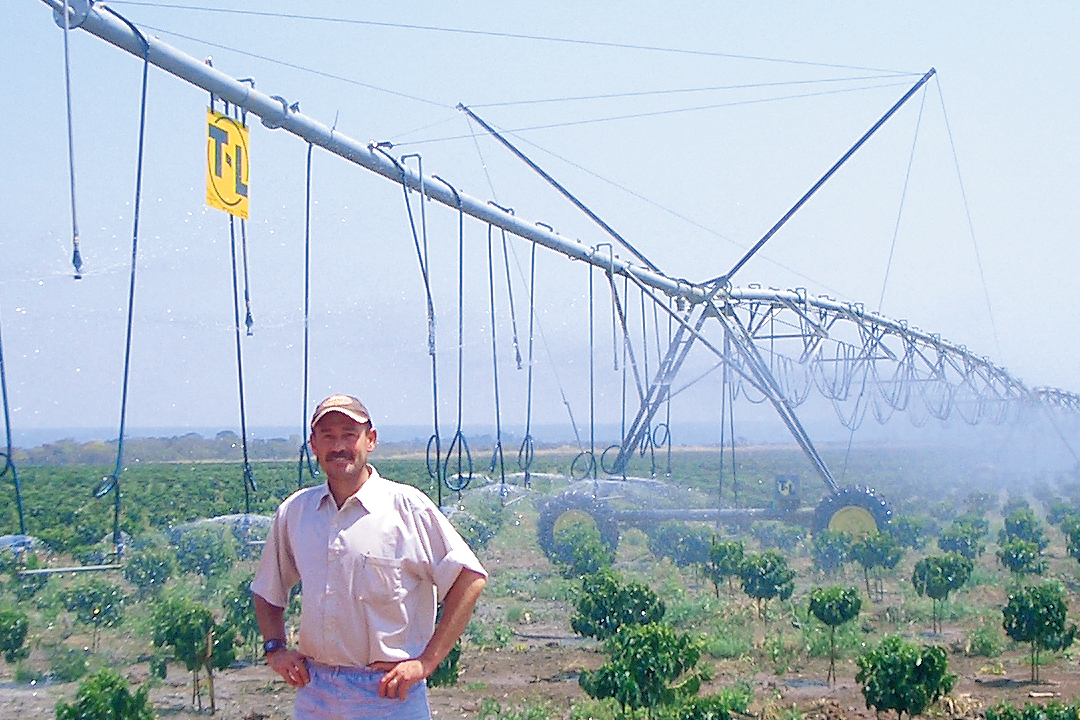