Catamarca Province, Argentina
Back to Testimonials

“If any problems appear with the electric pivots, it is hard for the operator or farm employees to fix it. You need a specialist near to solve electric pivot problems."

Farmers have enough to worry about in Argentina’s Catamarca Province without having to worry about adequate rainfall. After all, 80 percent of the area is covered by mountains; plus, the 39,615-square-mile province, which borders Chile on the west side of the country, is noted for its extreme weather.

Even within the small confines of the Catamarca Province, weather can range from tropical in the east to desert-like in the west. Meanwhile, temperatures vary widely, depending upon altitude, with the low-lying areas noted for extreme summer heat that averages from 91 to 95 degrees F during the day, and peaks as high as 113 degrees F. To make matters worse, almost all the scarce summer precipitation falls as intense, sporadic thunderstorms.

It’s little wonder that agriculture represents only five percent of the province’s economic output. And most of that comes from wood, vineyards, olives, citrus and cotton. Still, with the help of T-L Irrigation, Hernan Manrique SA, Tecnocampo SA, and several center pivot units, the El Yunque farm, located in the provincial subdivision of Santa Rosa Department, has been producing a diversified mix of corn, soybeans, wheat, potatoes, carrots and sweet potatoes for more than a decade.

According to Emilse Alesso, manager of Agrocar Norte S.A., an export company that owns El Yunque, the company installed the first center pivot units in Catamarca Province in 2003.

While one might expect the climate to be Alesso’s biggest challenge, he insists that his greatest obstacle is, instead, the local regulation of the U. S. dollar value — particularly since Agrocar Norte S.A. works with Monsanto on several projects — and international commodity prices.

Fortunately, the T-L center pivots that dot the farm haven’t been near the challenge as international finance.

In the meantime, Alesso says water is pumped from wells that deliver from 200 to 250 cubic meters (52,800 to 66,000 gallons) of water per minute. However, each pivot is managed differently, depending upon the crop and the soil. In general, most of the fields are sandy, which means they don’t hold a lot of moisture at any one time. Hence, the need for frequent irrigation. That’s also the reason fertilizer is applied at intervals and in both liquid and granular form. While some is applied with the planter, the rest is “spoon fed” post-emergence with a self-propelled sprayer.

Due to the fact that they are all less than 12 years old, Alesso says he is fortunate in that he hasn’t had any major problems with any of the pivot units. However, he notes, “If any problems appear with the electric pivots, it is hard for the operator or farm employees to fix it. You need a specialist near to solve electric pivot problems.”

“We tend to do the periodical service with our own farm personnel,” he continues. “Then, once per year, we call the technicians for an official service. That’s why the reliability of the T-L machines, the low amount of maintenance they need and the good service that we receive from the T-L dealer are among my favorite features,” he adds. “Other things I like about the T-L pivots are the quality of materials and the robust design.

“We don’t have any plans right now for replacing the electric pivots,” he concludes. “But we are expanding and we plan to add more pivots. So I think the best plan would be to buy more T-Ls.” 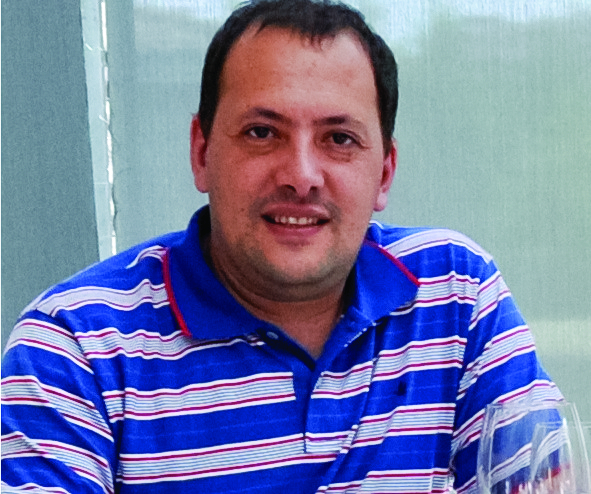