Booker, Texas
Back to Testimonials

“The simplicity of the T-L system is just unbelievable. ”

After working in the financial field as an insurance agent and investment consultant for nearly 23 years, Daryl Wynn looks at his current role as a farmer and rancher as a second career that will allow him to coast into retirement. As a result, he doesn’t care to deal with any more problems than he has to. That’s one of the reasons any new pivots he installs on his Texas operation are T-L units. “I’ve always had some interest in farming and ranching,” says Wynn. “But it wasn’t until I retired from business about 18 years ago that I began expanding and farming full time. At this point, though, I don’t care to add any more property. I’ve got all I care to handle.”

To that end, Wynn has two separate operations — one near Booker, Texas, and another nearly 25 miles to the east in Follett, Texas. All total, the two operations currently account for around 1,800 acres with nearly two-thirds of it under center pivot irrigation. That includes around four circles, or quarter sections of corn, and three circles of wheat. The rest is divided between dry land fields and irrigated pastures that are used for backgrounding around 500 to 600 head of steers twice a year. “I have a buyer I work with who pretty well knows what kind of cattle I’m looking for,” Wynn explains. “So he’ll put together a group of calves at around 500 to 550 pounds that I can put on grass or winter pasture until they hit around 850 pounds,” he says, noting that the weight gain can take as little as five or six months on irrigated Bermuda grass, crabgrass and triticale. “My buyer also has a really great facility for treating cattle, so part of the deal is he brands them and gives them all their shots before I take delivery. Then, it’s only a 25-mile ride for the cattle from his place to here. Even after that, I have an employee who rides through the herds every day or so to check for any health problems; so we’ve had pretty good luck keeping them healthy. Our losses are less than two percent.”

Wynn says he has always farmed or ranched to some extent on the side, even as he continued to sell insurance and investments. However, much of it was limited to land that once belonged to his grandparents and other family members. It wasn’t until he began farming full time that he expanded to the current level. “The farm near Booker already had several pivots on it at the time I leased or bought the property,” he explains. “However, I’ve since added three more pivots to the east farm, which is mostly in grass for cattle, bringing the total up to 12 quarter sections under irrigation.

“The way I learned about T-L pivots is there was an old one on a place I leased northwest of Booker,” he explains. “Later, I purchased another brand of pivot that I put on another farm in the area. Before long, I was spending more on the new electric unit than I was on the T-L, even though the T-L was much older. I wasn’t spending anything on it.” As a result of that experience, Wynn switched his allegiance to T-L and Do It Right Irrigation of LaVerne, OK, adding three more new ones in the past couple years. If grain prices were better, he insists, there would be four new T-Ls.

“I have a very good friend with the other brand dealership who called me shortly after I bought the new T-Ls,” he recalls. “I told him he was the best service guy I know and the best I’ve ever worked with and I hated that I had to do it to him. But I also told him, ‘Doggonit, I’m honestly tired of spending money on repairs when there’s a system out there that doesn’t require me to do that.’ “I tell you, the simplicity of the T-L system is just unbelievable. With an electric system, there are about a jillion things that can go wrong. And just about the time you think you’ve seen everything, something else goes wrong. You’ve got micro switches, fuses, tower contacts, high voltage, low voltage … the list just goes on and on. Plus, I don’t like the electricity. We’ve gotten shocked more than once; and it still scares the daylights out of me.”

Although the majority of the pivots on Wynn’s two farms are still electric models from various brands, he says his goal is to eventually replace the oldest ones with T-L units as he can afford it. “I have a couple Zimmatics that are almost 40 years old,” he admits. “But they still cost me money every year to keep them up and running. “I’ve discovered I’m not getting any younger,” he says with a grin, noting that he’s already had surgery on one knee. “So, I don’t need any more land, even if somebody offers. I’ve already got all I can say ‘grace’ over. And I don’t need the headaches of electric pivots. I’ve got enough of them, as well. At my age, I’m looking for simplicity.” 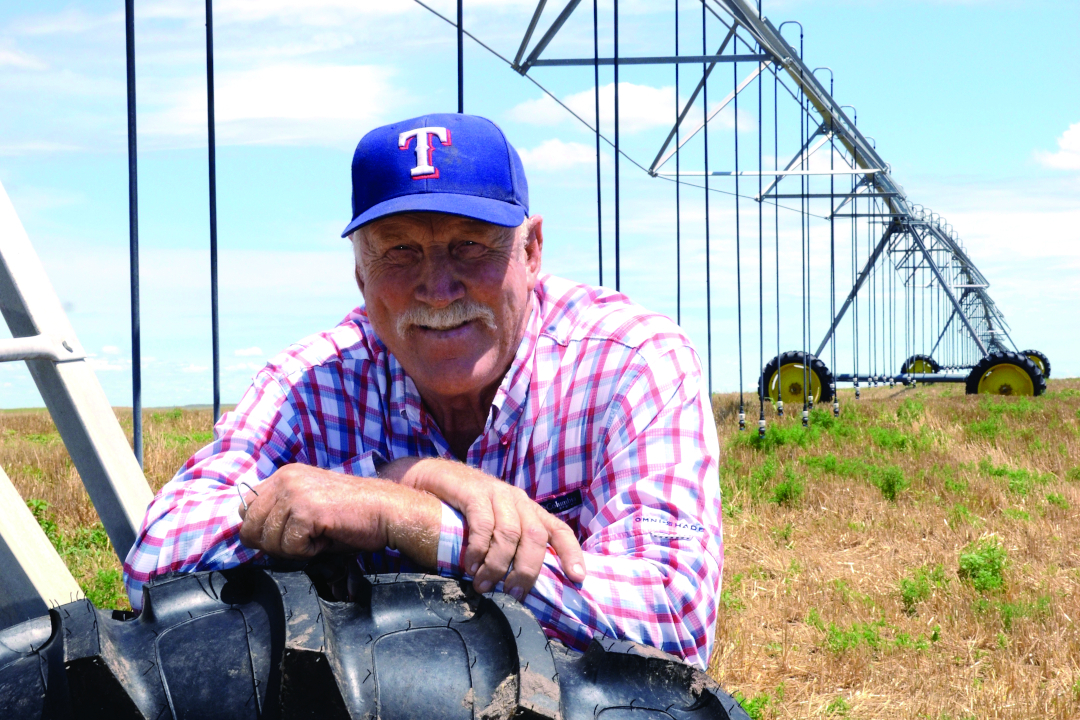