Laverne, Oklahoma
Back to Testimonials

"This T-L has been pretty well maintenance-free. It's a great system."

There’s one almost sure thing in Laverne, Oklahoma: The T-L center pivot just outside of town at the old refinery clean-up project will be running–day and night, spring, summer, and fall, and most of the winter, too.

For the last five and a half years it’s been operating at least 85 percent of the time, according to Boog Evans, the contractor in charge of operating the unit. The system is just a shade more than halfway through a ten year cleanup program.

Evans figures in that limited period of time the heavily used T-L has been handling its sprinkling chores for more than 41,000 hours. At an average 175 gallons a minute, 430,301,000 gallons of water have flowed through its nozzles.

When the refinery closed down it was found that petroleum products were working their way closer and closer to the town’s wells. At first it was thought that water “cleaned” by bubbling air through it could be sent to the river via an old pipeline. The pipeline had become porous, however, and Plan B was to keep the water on site.

Pumps move water from wells dug around the perimeter of the old refinery to one of several “cleaning” buildings. From there the water goes to a holding basin from which the water is pumped to the adjacent T-L center pivot.

The average application rate on native grass seeded on former cropland is between 150 to 200 gallons a minute. A local farmer handles the hay harvest chores.

Like the famous battery bunny, the T-L system has just kept going and going and going, according to Evans. There have been only two exceptions over the years.

One is when Evans sees a forecast for a few days with below freezing temperatures. When that happens he pulls down the holding basin by increasing flow through the system before temporarily shutting it down.

The other exception was a tornado that tried its best to roll up the center pivot into a steel ball! Evans says, “The T-L dealer has always been only a phone call away.” In two weeks the dealer had the unit running again, and it gamely continued to apply water to the hayland, although with two fewer towers.

While it took a twister to do it, the only real trouble Evans has experienced with the T-L system came immediately after the storm. The jerking around and tumbling the pivot endured caused some hydraulic fluid leakage. However, after chasing down and stopping the leaks, he reports virtually no hydraulic fluid has been used for the past year and a half.

As for other repairs, the records show that only $1,501.23 has been spent. That figures out to just $273 a year or 3-1/2 cents an hour for a center pivot that’s come as close to continuous operation as just about any such unit in the country.

It’s actually been so reliable that Evans reports that he now schedules a single visit a week to check the gearboxes and tire pressures, even with mostly 24/7 operation.

“This T-L has been pretty well maintenance-free. It’s a great system,” he sums up. “How long will it last at the rate it’s being used? I don’t know–it looks like it could almost last forever.” 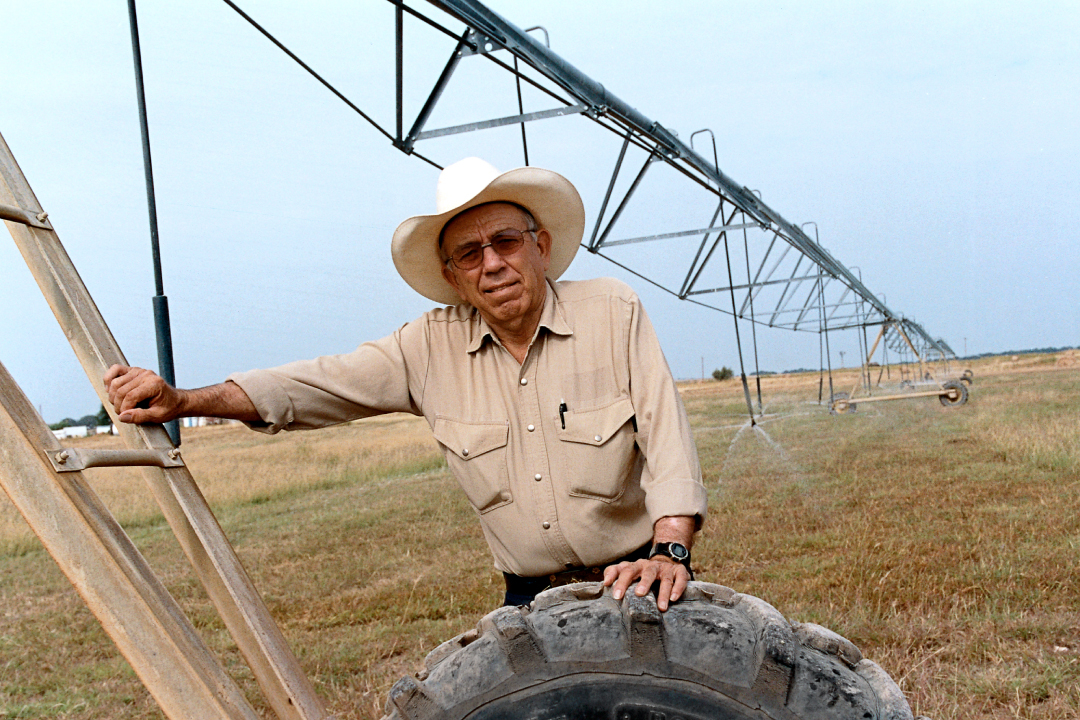