With more than 300 lakes, 11 major rivers, including the Volga River, and thousands of acres of woods, the Mary El Republic in southeastern Russia is known as one of the most ecologically pure territories in the European part of Russia. It’s little wonder the area is a popular destination for travelers and tourists who enjoy nature.

With its long cold winters and warm summers, it’s an area best suited for timber production, wood processing and production of meat and milk. Crops, on the other hand are typically limited to barley, oats, rye and wheat, with some vegetables thrown into the mix — particularly in the marshy lowland that lies south of the Volga River in the western part of the territory.

One of the vegetable producers in that area is Anderey Babushkin, who farms near the village of Penyangash. In addition to staples like potatoes, cabbage and onions, Babushkin grows sweet corn, tomatoes, carrots and red beets on 276 hectares (682 acres) of sandy loam soil. Yet, like many farmers in North America, Babushkin finds it hard to produce a quality crop and a consistent yield without irrigation.

“In the past, I had a few hectares under drip irrigation,” Babushkin explains. “Mostly it was onions and cabbage; and the results were okay … but just okay. Every year is different, of course, but in 2010, we had a bad year. There was a drought and the yield from the potatoes was about 16 tons per hectare. In a perfect year, I could get about 30 tons.”

However, Babushkin found a better solution to both problems in 2011, when he bought two T-L center pivot units from the APH Group, an agricultural equipment business based in the Netherlands that does business throughout Europe, Asia, northern Africa and Latin America.

“Now I get about 45 tons of potatoes per hectare (364 hundredweight per acre), no matter the year,” he adds, referring to his T-L units as “the king of equipment.” “The most important thing for me is that I also get higher quality potatoes and the price is better.”

Babushkin has since added a third T-L pivot and is now waiting on a fourth, which will put his total acreage under T-L units at 143 hectares (353 acres) or just over half of his farm under center pivot irrigation.

A few miles away near the village of Mitryaevo, Alexander Pekunkin and his brothers, Sergey and Nikolay, operate Demetra Farms, where center pivot irrigation is an equally new concept.

“Until we put in the T-L center pivots a couple years ago, we had no experience with pivot irrigation at all,” Alexander admits. “At the moment we have six pivots and would like to add more. The problem is water. There is no water left to increase irrigated hectares.”

Pekunkin explains that of the 310 hectares (766 acres) the three brothers own, 128 hectares (316 acres) are now irrigated, with potatoes and cabbage being the primary beneficiaries.

“We realized that it is not possible to grow good vegetables in our region without irrigation,” Alexander admits. “We’re getting about twice as many potatoes, but the quality is also much higher. Now our potatoes look nice … all the same size and perfect shape. Before it was terrible.”

Both Pekunkin and Babushkin admit it also helps being able to put on fertilizer through the growing season via the pivot. Plus, they both like the simplicity and reliability of T-L pivots, even though it did take some convincing to sell them on something different than everything else on the market.

“We haven’t had any service problems since we’ve had the pivots,” Alexander says. “Any service they need we’re doing ourselves.”

“I do like the reliability and simplicity,” Babushkin adds, noting that he, too, is doing his own service. “We haven’t had any problems with them at all.”

The only challenge either producer has had has been with water supplies. Pekunkin notes that he pumps water from two places in the river, which is about 2-1/2 kilometers (1-1/2 miles) away. One pump is driven by a diesel engine, while two more at the other location are driven by electric pumps.

Babushkin, on the other hand, supplies some of the pivots from the river via a diesel-driven pump, while the others are supplied by a “damp” or well that is powered by an electric pump.

“We had to go electric at the damp since it is close to a village and we are irrigating at night,” he explains. “I do not want to disturb people at night.”

Naturally, the amount of use and total water application depends on the year and the amount of rainfall they receive during the growing season.

Babushkin says, “If there is no rain and the crop needs water, I’m switching on the pivots and keep on going. My pivots are designed for a six-millimeter (0.24 inch) application rate and do a rotation in 2 to 2-1/2 days. I do have pretty sloppy conditions, though, which is why I can’t apply more at one time.”

Pekunkin and Babushkin insist that the T-L pivots also make it easier to apply fertilizer and micronutrients during the growing season, when the crops can use it most efficiently. While the amount depends on the crop stage, Babushkin says he will apply anywhere from 50 to 200 kilograms (110 to 441 pounds) of fertilizer per hectare (44 to 178 pounds per acre) through the pivot.

Russia may be half a world away, with the Mary El Republic being even more isolated. Yet, in many ways, Alexander Pekunkin and Anderey Babushkin aren’t that much different than the typical American farmer. They appreciate reliable equipment and they welcome the opportunity to increase yields and reap more profit from the crops they produce … something that T-L pivots deliver on all counts. 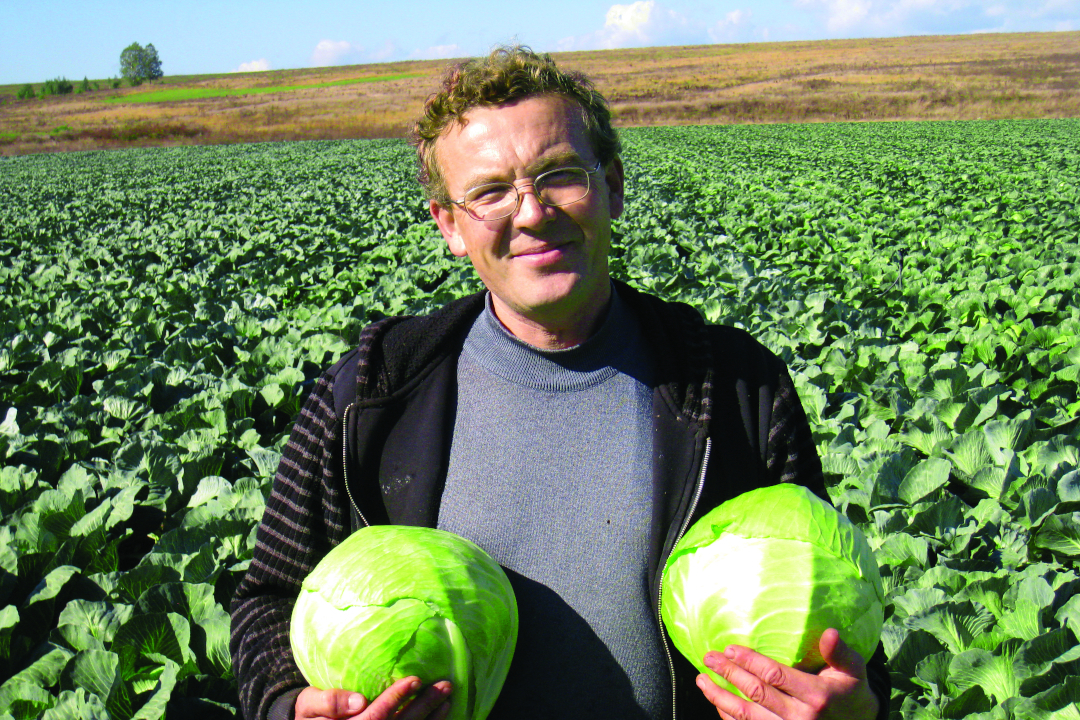