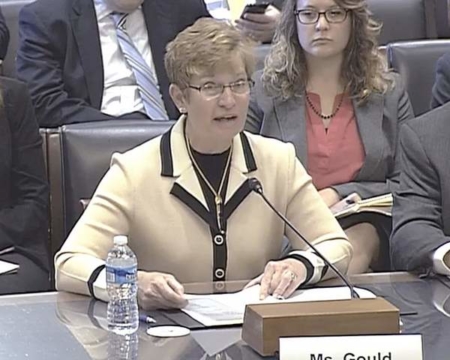 “This pattern has to change,” said Gould, chairwoman of the National Association of State Departments of Agriculture.

Gould was one of several witnesses who testified at a hearing held by the Agriculture Committee’s subcommittee on Conservation and Forestry on how federal environmental rules affect agriculture and local conservation programs.

Besides her testimony, Gould submitted written remarks in which she offered a wide-ranging appraisal of federal and state relations on issues such as managing endangered species, suppressing wildfires and grazing public lands.

“More often than not state leaders are left frustrated with the lack of meaningful participation and collaboration on those topics and others that impact, sometimes severely, our agricultural industries in the West,” she stated.

Idaho’s plan and those in other states convinced the U.S. Fish and Wildlife Service to not list sage grouse as a federally protected species across 11 Western states. Nevertheless, BLM adopted more land-use rules to protect sage grouse.