How to Ignore the Naysayers in Agriculture 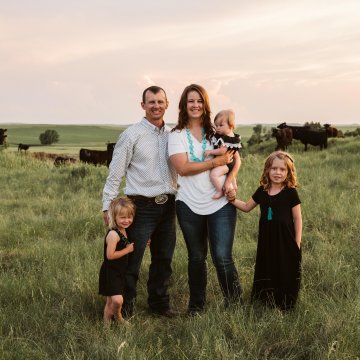 Hettinger, North Dakota, ranchers Sean and Kat Weinert learned at the outset of their ranching career that they would have to ignore the negative outside messages boxing them in if they were going to have a fighting chance at opening the doors to a life of ranching.

For Sean, who grew up in Montana with no ranch background, the negative messages from established farmers and ranchers began back in college.

“I had dreams of owning my own ranch someday,” he says. “I didn’t know what it would look like or how this dream would be accomplished. I seldom told anyone about my ambitions because when I did talk about it, I was told that I wasn’t born into that life. What did I know about ranching? I was told I could never afford to get into that business.”