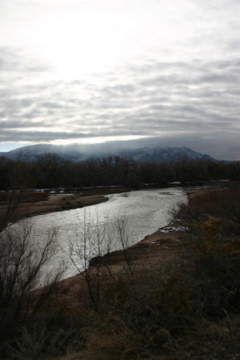 The U.S. House Jan. 13 approved a joint resolution to block the controversial Waters of the United States rule in the Clean Water Act. The resolution, which passed the House by a 253-168 vote had passed the Senate in November by a vote of 53-44.

The votes were for naught, as President Barack Obama vetoed the resolution sponsored by Sen. Joni Ernst, R-IA.

The WOTUS regulation was proposed in April 2014 by the U.S. Environmental Protection Agency and the U.S. Army Corps of Engineers to clarify the agencies’ authority under the CWA over various waters. That jurisdiction—based on several U.S. Supreme Court decisions—included “navigable” waters and waters with a significant hydrologic connection to navigable waters.

The rule broadened that to include, among other water bodies, upstream waters and intermittent and ephemeral streams such as the kind farmers use for drainage and irrigation. It also encompassed lands adjacent to such waters.

In his veto message, Obama said: “The rule, which is a product of extensive public involvement and years of work, is critical to our efforts to protect the Nation’s waters and keep them clean; is responsive to calls for rulemaking from the Congress, industry, and community stakeholders; and is consistent with decisions of the United States Supreme Court.”

The president added that the waters must be protected because they are vital for the health of communities and the success of businesses, agriculture, and energy development.

“As I have noted before, too many of our waters have been left vulnerable. Pollution from upstream sources ends up in the rivers, lakes, reservoirs, and coastal waters near which most Americans live and on which they depend for their drinking water, recreation, and economic development. Clarifying the scope of the Clean Water Act helps to protect these resources and safeguard public health,” Obama’s veto message said.

“Because this resolution seeks to block the progress represented by this rule and deny businesses and communities the regulatory certainty and clarity needed to invest in projects that rely on clean water, I cannot support it. I am therefore vetoing this resolution.”

A federal appeals court temporarily halted implementation of the rule, which took effect Aug. 28, 2015. A group of agricultural organizations, in a lawsuit against the WOTUS rule filed in July, alleged among other things, that EPA engaged in an advocacy campaign during the comment period, a violation of the federal Administrative Procedures Act.

A Government Accountability Office investigation determined that EPA had illegally spent taxpayer dollars on “propaganda” and “grassroots lobbying efforts” in an effort to build support for the rule.