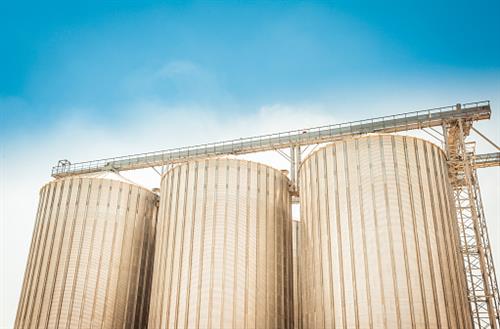 Storing grain is not a new concept; arguably it is the idea on which civilization was built. However, it takes on new significance in our modern age as farmers and agricultural economists work to determine whether new grain storage is really a necessity or simply a glittery fad that will prove unnecessary after costing untold misspent dollars. Here’s a look at the truth behind the trend.

David Widmar, one of the economists behind Agricultural Economic Insights, recently mined data from the USDA’s NASS database to conclude that grain storage capacities have been slowly increasing over the last 15 years. While the percentage of on-site storage has actually been decreasing, that is only compared to the amount of grain storage growing off-site, or off of individually owned farmland.

Although farmers all over the nation own storage silos, some states have proportionately more on-site and off-site storage than others. Leading the pack for on-site storage, according to the National Grain and Feed Association, are Iowa, Nebraska, Minnesota and Illinois. Off-farm capacity leaders are Colorado, Idaho, Louisiana, North Carolina and California. We’ll take a look at what this means below.

Trends in future may head more toward dry grain holdings, so having enough wet holding capacity will grow increasingly important. Specialist Gary Woodruff explained to AgWeb that farmers should always leave space open for more grain storage, and that the trend toward drying grain in years to come will necessitate more wet storage as well.

A leading benefit of on-site storage is the fact that farmers have more time to seek out markets favorable to their products, rather than having to sell at whatever the current rate is. This makes it important to have enough storage on their land so that they can make the best financial decisions, rather than making choices based on space. That, of course, opens a debate about what type of storage structures and drying apparatuses are most useful.

While the answer to this question is beyond the scope of this article, John Pocock for Farm Industry News points out that setups that can dump grain more quickly, dry it more effectively, prevent hotspots and maintain over time will always benefit farmers. On-site storage is “sweat equity,” he continues, explaining that while storing grain can help to maximize profits, it can also cut into them when equipment breaks down, fans go on the fritz and problems develop.

On-site storage is growing slowly, especially in traditionally grain-heavy Midwestern states, and that trend can reasonably be expected to continue. Even in states further west, where off-site storage is higher proportionally, on-site holdings are still growing. Farmers who want to maximize profits will benefit from building storage now, advocates Pocock, while the prospect is still relatively affordable and before it becomes crucial. Planning for a bin in November or December is a good idea, and will help meet coming demand.