Can Tech Solve the Bee Problem 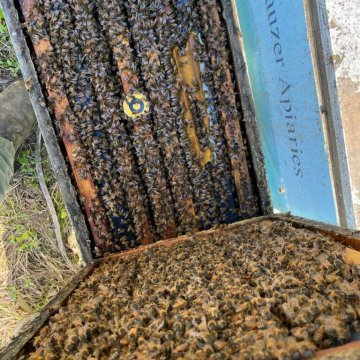 Omer Davidi and Itai Kanot founded BeeHero after asking a simple question: Can technology help solve the problems bees face? Colony collapse disorder, disease, and fewer resources prevent bees from pollinating the $15 billion worth of crops each year, according to the Natural Resources Conservation Service. Davidi, a tech entrepreneur, and Kanot, a second-generation commercial beekeeper, then followed up that question with a second: How could they optimize pollination cycles to increase yields for farmers?

“We’ve focused on pollination because it doesn’t really matter the kind of crop we’re talking about. The question of whether a flower will be pollinated and turn into something farmers can monetize is a question of probability,” says Davidi.