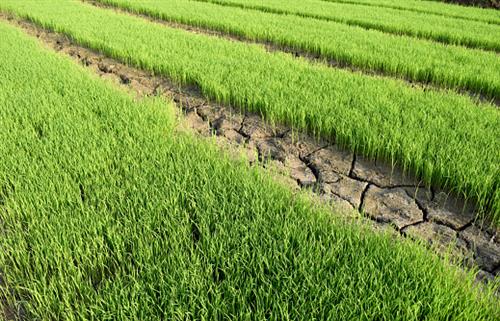 While much of the nation’s Corn Belt continues to suffer from an overabundance of rain, it’s a different story on the West Coast where California agriculture continues to fall victim to the state’s worst ongoing drought in over four decades.

Hyped-up drama over Hollywood celebrities caught hoarding water may be capturing headlines, but the most sobering story coming out of the parched state is the drought’s devastation to California’s agriculture sector. With the Golden State producing nearly half of the nation’s fruits, vegetables and nuts, as well as about 20 percent of the nation’s milk supply, the threat for far-reaching socioeconomic impact is all too real.

This year marks what most in the agriculture sector consider to be a four-year drought—and counting. Officials at the University of California, Davis, estimate the 2015 version will cost roughly $3 billion and more than 20,000 jobs. But other economists estimate the numbers even higher at around the $5 billion mark, with agriculture and food processing the hardest hit.

While most economists are not going so far as to predict a widespread spike in food prices, beyond what has already occurred, a continuation of the drought could change their minds. So far, the state’s immense diversity of crops has helped protect consumers from feeling the pinch in their pocketbooks.

Many farmers and growers have gone into survival mode, reducing their acreage, installing more efficient irrigation systems and selling water allotments. For some, the reduction in acreage will reach a drop of 2/3 or more of what they would normally plant. Aerial views show vast tracts of farmland left idle in hopes of accumulating moisture or simply because the appeal of selling water allotments outweighed the appeal of putting in a crop.

The uncertainty and lowered water reservoirs have a growing number of farmers turning to the sale of water in place of working the land. Water prices are being watched by farmers much in the way they are used to monitoring traditional farm commodity markets. Many of the farmers and growers who have worked rented land are finding the owners no longer have fields available, finding it more lucrative to sell the water allotments.

But for those still working the soil in hopes of producing a viable crop, there are a few practices that have helped to reduce the drought’s damage. Leaving plant residue behind and incorporating cover on the fields is one of the ways California growers are attempting to build healthier soils that can do a better job retaining and utilizing what little moisture remains available. Plant debris protects soils from the drying effects of wind and sun. Increased infiltration in the soil can keep precious water from evaporating. The overall effect is healthier soil, which can more quickly absorb any available water and better guard against loss of moisture.

Climatologists warn that the four-year drought experienced by California is merely a symptom of a bigger concern. Rising temperatures from climate change has many experts warning that by the end of the 21st century, California and other parts of the Southwest and Great Plains will experience extended and severe droughts, more serious than anything seen in the past 1,000 years.

Unless greenhouse gas emissions are reined in, climate change could trigger a so-called megadrought as severe as the Dust Bowl of the 1930s—only longer.