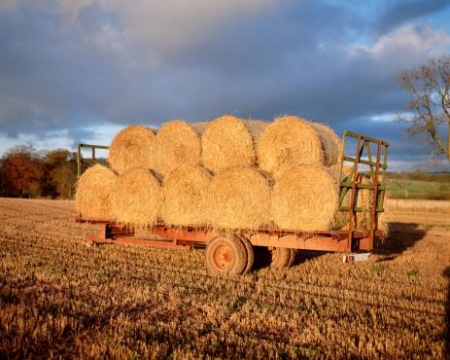 August has brought plenty of unsolved issues. From more drought news coupled with questions about U.S. supremacy in the ag export market, to soil health and agriculture education, we’ll explore some major happenings from the last month.

Drought may cause more than dried-out crops or parched lands. Now it looks like it may be hastening subsidence in the San Joaquin Valley. Subsidence, which means sinking land, has actually been a problem for quite a while, reports NBC Los Angeles:

“Subsidence in the San Joaquin Valley farmbelt dates back decades, if not close to a century,” they explain. “A landmark 1977 photo shows Poland standing next to a telephone pole marked with signs showing that the ground level in 1955 was nearly 20 feet higher, and more than 30 feet higher in 1925.” But the problem is getting worse, and could lead to the collapse of aquifers if no better solution is found than the massive draining of aquifers.

The fifth largest nation is stepping up its agricultural export game. Demand for grain and other food products is high, especially in Asia, and Brazil already leads in sugar, coffee and orange juice, and is a major contender when it comes to meat, reports Agriculture.com. It has an ongoing battle with the U.S. when it comes to soybean prominence, but will likely pull ahead in the coming years.

Tyson Foods, which had lost in two rounds of lower-court litigating, now appears to be coming out on top in the matter of whether or not it must pay its workers for lengthy chores required before and after the production process. The workers claimed that the roughly half an hour it takes them to put on safety gear, sanitize equipment and otherwise ready their work stations – or clean up after them – ought to be compensated for.

However, the appeals court found that Tyson had never promised workers they would pay for such activities, reports AgWeb.com. Moreover, there were technical issues with the way in which workers filed their claims. For now, it looks like they’ve lost.

Science Daily recently reported on a Technical University of Munich study that seems to explain why crop yields in Europe have been falling for the last 20 years. Although the statistics have only been verifiable for a few years, farmers have noticed the problem for much longer. The problem seems to be related to humus formation, dark rich soil made from organic plant and animal matter. Reduced crop yields only adds to the problem, by reducing the amount of organic matter that gets returned to the earth.

One of the nation’s heartland producers, Ohio recently held a hearing on the future of agricultural ed in the state. “Organizations appearing before the committee included Ohio State, Wilmington College, Anthony Wayne High School, the Ohio Soybean Council, and the Ohio Ecological and Farm Association,” reports Toledo News Now.

Be sure to check in next month for the next installment of our Monthly Round-Up series!