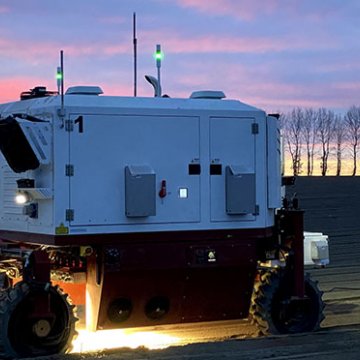 Over the years, a farmer’s reliance on herbicides to combat weeds has increased greatly. From 2012 to 2016, about 281 million pounds of glyphosate, an active ingredient in most herbicides, were applied to 298 million acres annually in the United States, according to the EPA. Issues such as potential bans on herbicides and the growing number of superweeds have raised scrutiny regarding that reliance.

By creating a 10,000-pound robot with laser power that eradicates weeds, Carbon Robotics is taking on one of agriculture’s biggest challenges.