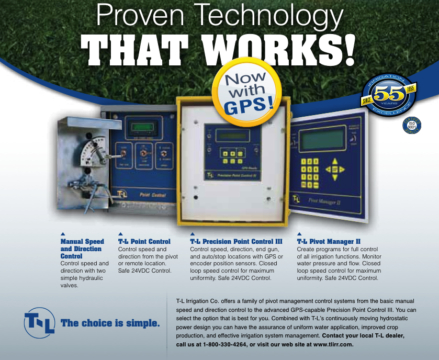 With the addition of a GPS Antenna at the end tower or a Rotary Encoder at the pivot point, the PPC III Control Panel can automate operation of several functions by angle location (degrees) of the pivot.